The Townsend Farm Hands Off Vineyard was planted in the late 1990’s by William Davies who had also established a vineyard in Worcester where he owned a wedding venue and sold the resultant produced wine to guests of the wedding.

The vineyard was planted in an awkward field corner of Upper Hollow on sandy loam soil on a south facing slope surrounded by 3 hedges and a new hedge was planted up the 4th side to enclose the vineyard.

The vineyard was planted on a Geneva double curtain based trailing system – There is a huge amount of information available about choosing the types of trellis system, generally a combination of grape variety, aspect, soil type, country, maintenance, cost and harvesting ability (manual or mechanical) but I presume the main reason that my father chose the Geneva double curtain was the advice he sort from the nearby three choirs vineyard at Newent, on similar soil types, similar aspect and varieties.

Initially, 8 rows were established 2 rows each of Regent (Red) Rondo (Red) Phoenix (White) Seval Blanc (White) These established well and were soon romping away, there was quite a bit of ground that was unplanted so 2 rows of Pinot Noir and the shorter ground had table grapes planted, for whatever reason these didn’t establish that well and it is planned to replant a lot of the Pinot Noir in the very early spring of 2021.

My father had a passion for wine and therefore his vineyard became his major focus in his latter years. The grapes were picked in the early autumn and delivered to the three choirs vineyard and processed on a 3:1 contract whereby Three choirs would keep 3/4 of the grapes and return 1/4 ready processed as requested by my father when ready. He would then allow us to have an ‘unlabelled quota’ for which we could not sell due to the strict licensing laws surrounding UK alcohol tax and VAT. This worked well for many years, the wine and sparkling wine that was produced was of a very fine quality. Then one year Three Choirs decided they had enough production for themselves and did not require additional grapes (I assume they had expanded the size of their vineyard which came into full production) and the 3:1 contract ended, this posed a dilemma because the cost of having all the grapes picked and made into wine was looking at a cost of approximately £80,000 a year which turned something of a hobby into what must then become a serious business which involved the more professional growing, labelling and marketing of the wine, something that neither myself or my father had time to do.

It was about this time that my father became ill and his attention to the vineyard somewhat unsurprisingly faltered. I hadn’t the time to apply the detail and organise what is a complicated picking process in which trying to organise the correct moment (sugar and acid content) for picking with staff able to pick and the logistics of the wine maker being able to take the grapes for processing at the time when the grapes are ‘fit’ what is, to be honest, a huge ‘hassle’ factor when we have autumn planting on our own and clients farms at full pace and therefore agronomically I am really busy and at home game birds escaping the farm in every direction as well as the normal day to day chores that are always only 5 minutes yet take all day!

Essentially for a few years the vineyard fell into almost disrepute, I say almost, because some years we managed to organise pruning and in others we managed to pick a few rows and sell the produce to any number of vineyards that were in the market for purchasing.

In lockdown of spring 2020, Matty was determined to make a better effort of the vineyard, whilst to be honest we had more of a focus on getting the brand Regenben launched and moving towards a more advisory future as a loan bioagriecologist. However this is where having someone else who would push a bit of motivation meant that on the 26th of September, myself, Matty, Nicola, Helen, Tegan, Cody, Erin, Summer and 2 friends of Nicola began picking the Regent, it took us from 7am to 5pm to pick 1.75 Tonnes and tired, bruised and cut (where the secateurs had sliced the ends of finger tips) myself and Matty delivered the grapes to Halfpenny Green Vineyard for processing in exchange for sparkling wine. There were still the other 6 rows that needed picking and to be honest the last 3 hours picking became a bore so I managed to persuade Ben Drummond of EC Drummond to supply some of his strawberry pickers for the next few days which he duly did, it was at this point that we realised that 4 skilled pickers could pick more than our clan of 9 in less hours! Overall we delivered 6 tonnes of grapes that week and if we had began picking a little earlier we would have picked almost double that as sadly we were too late for the Rondo and the Phoenix.

Whilst we are more than happy with the quality of the wine and sparkling wine we receive back from whoever makes it for us, we were surprised to find that ‘organic’ wine was almost impossible to produce!  Not because of the growing of them, which we haven’t applied a single fungicide or insecticide for over 12 years now (we have been using glyphosate sterile strips under the vines, but to be honest no idea why!)  These have been replaced with narrow-leaved white clover.  The issue of organic wine is with the process of making the wine once grapes are delivered rather than the growing of the grapes themselves. 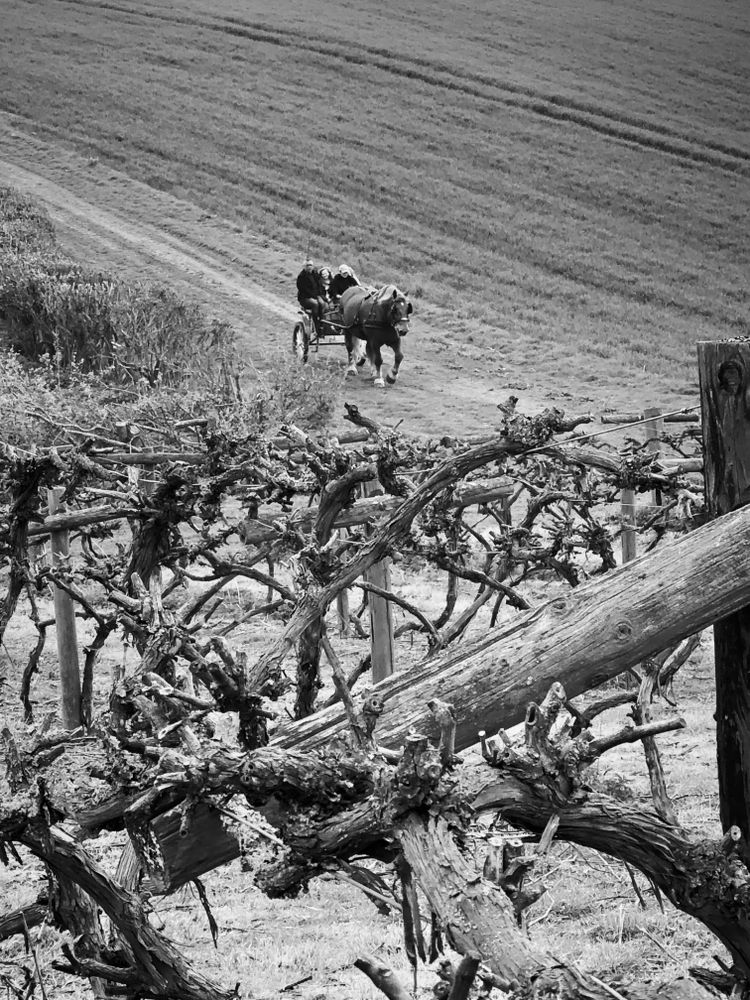 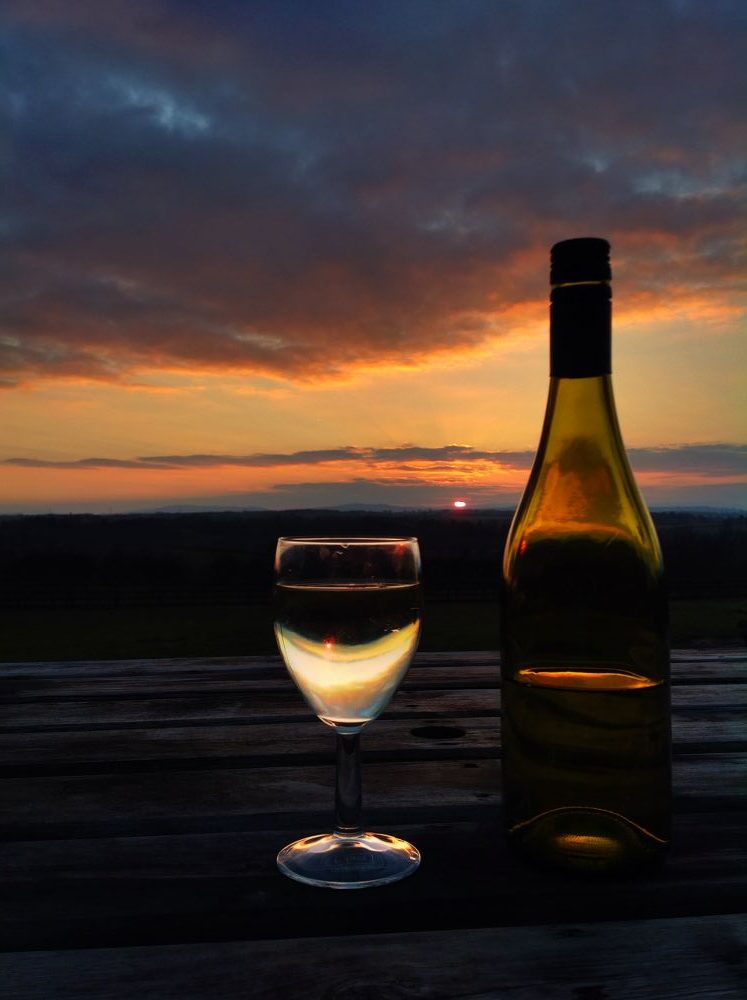 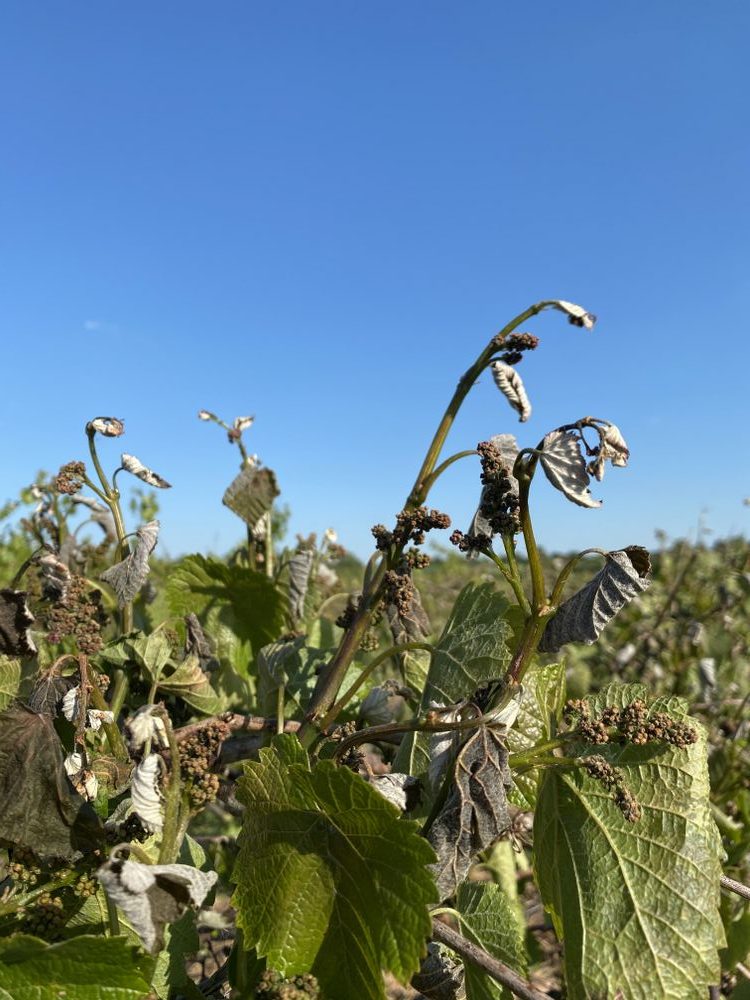 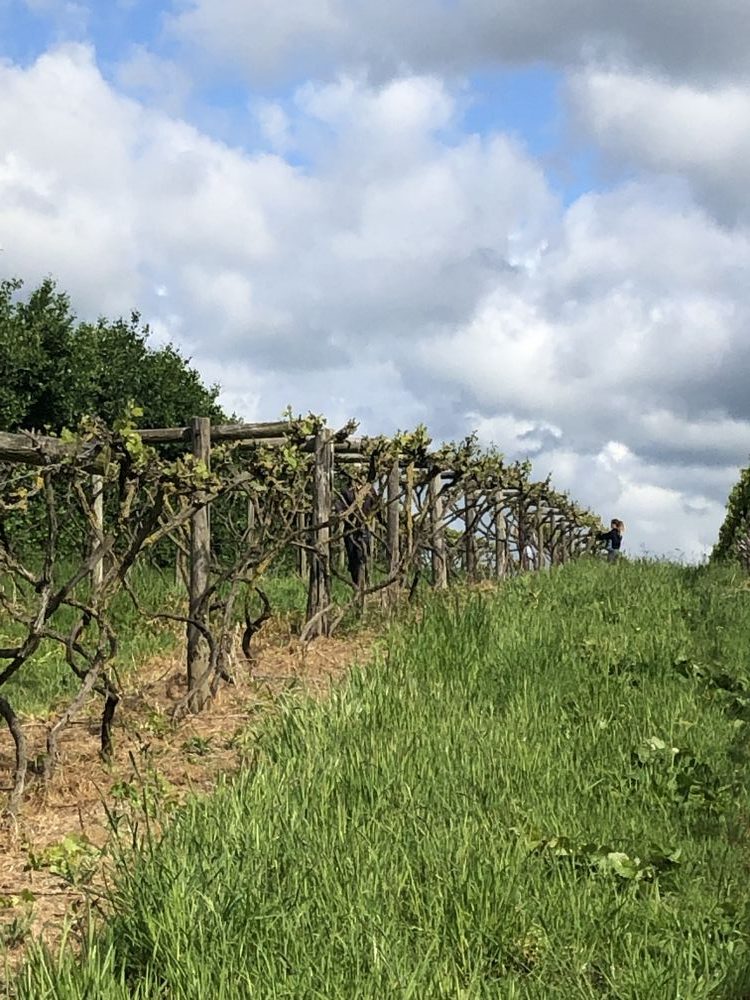 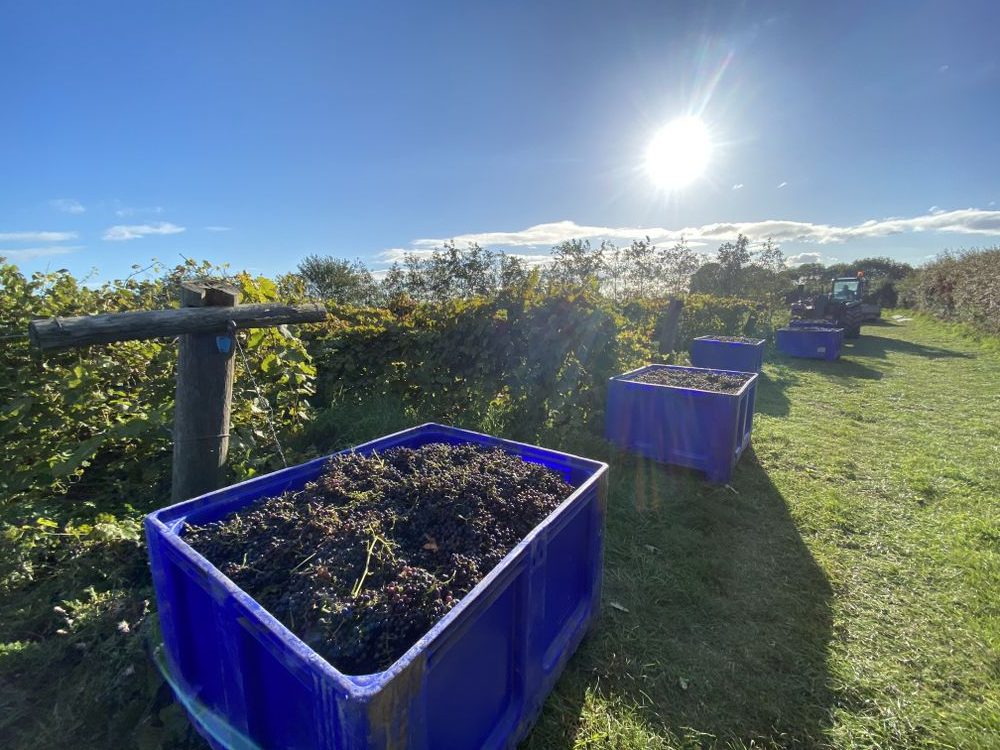 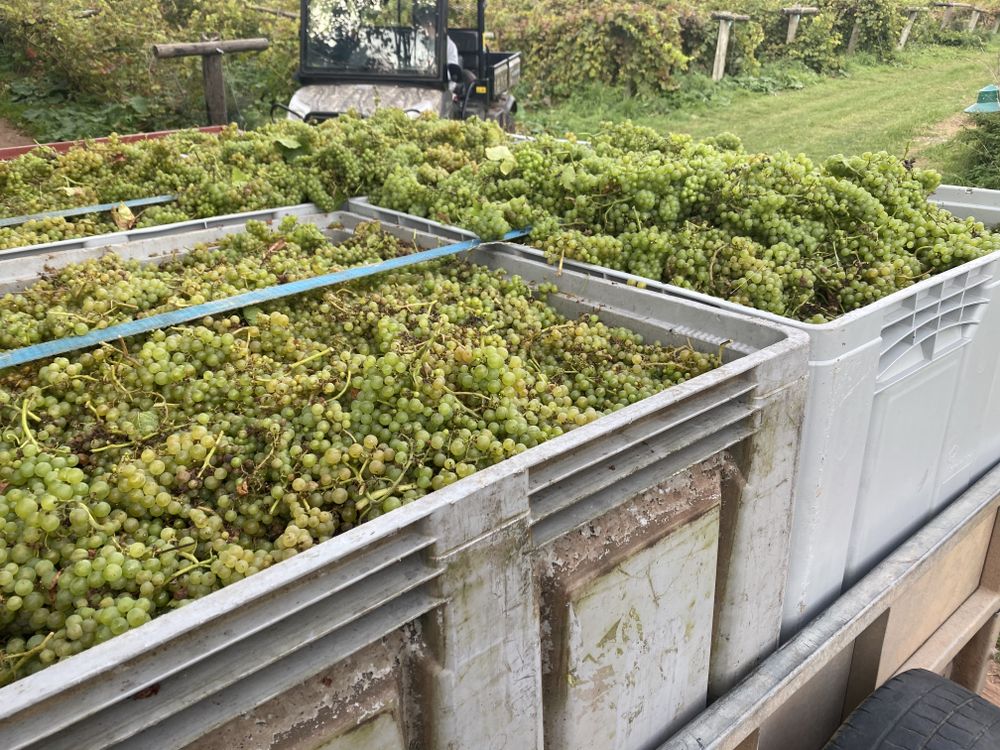 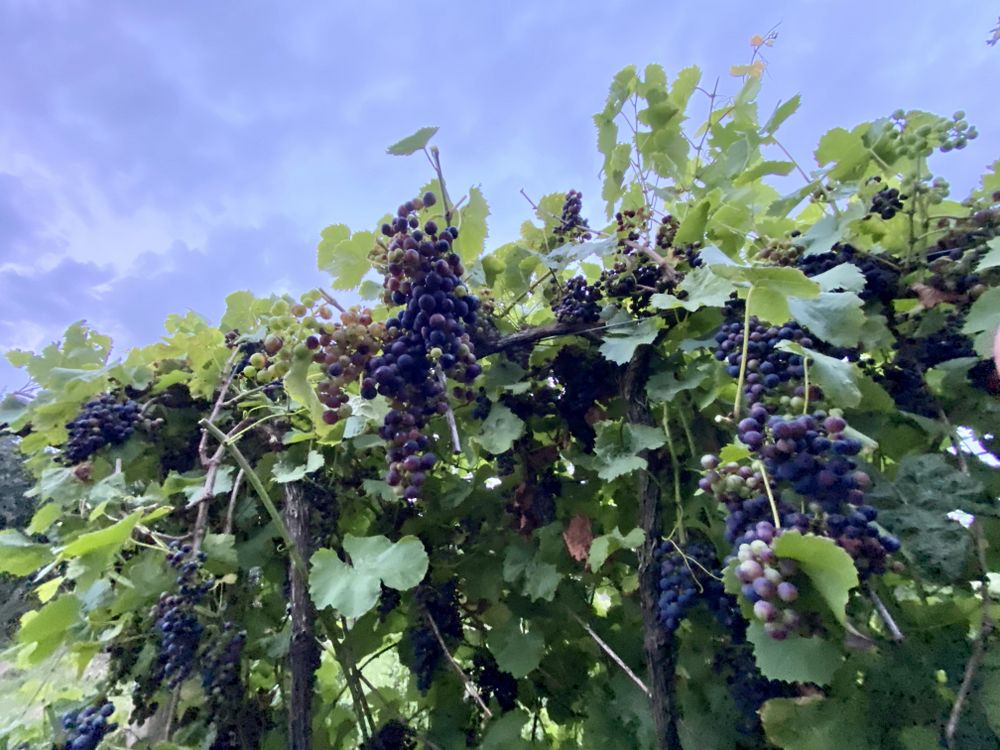 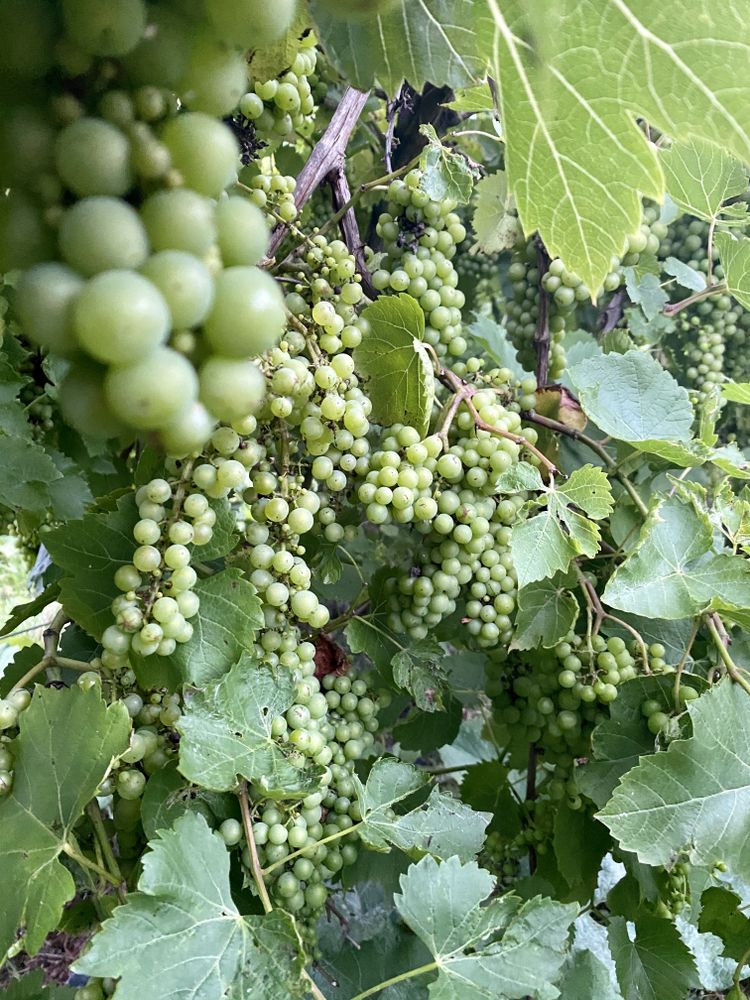 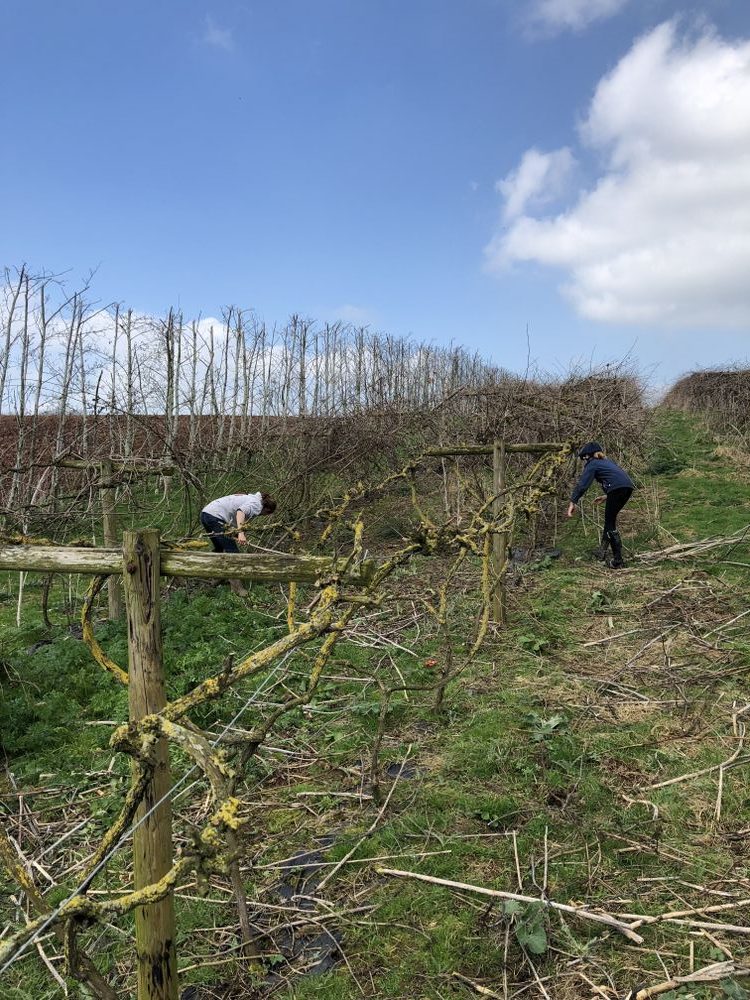 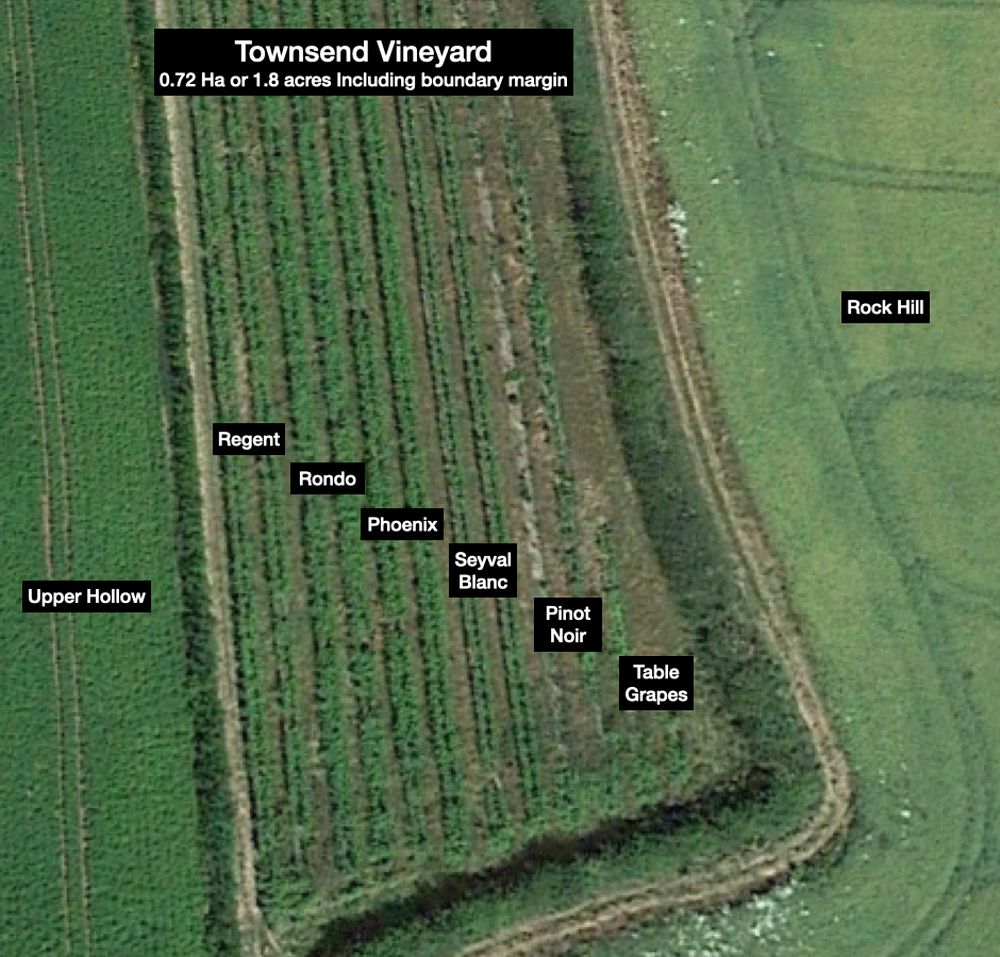 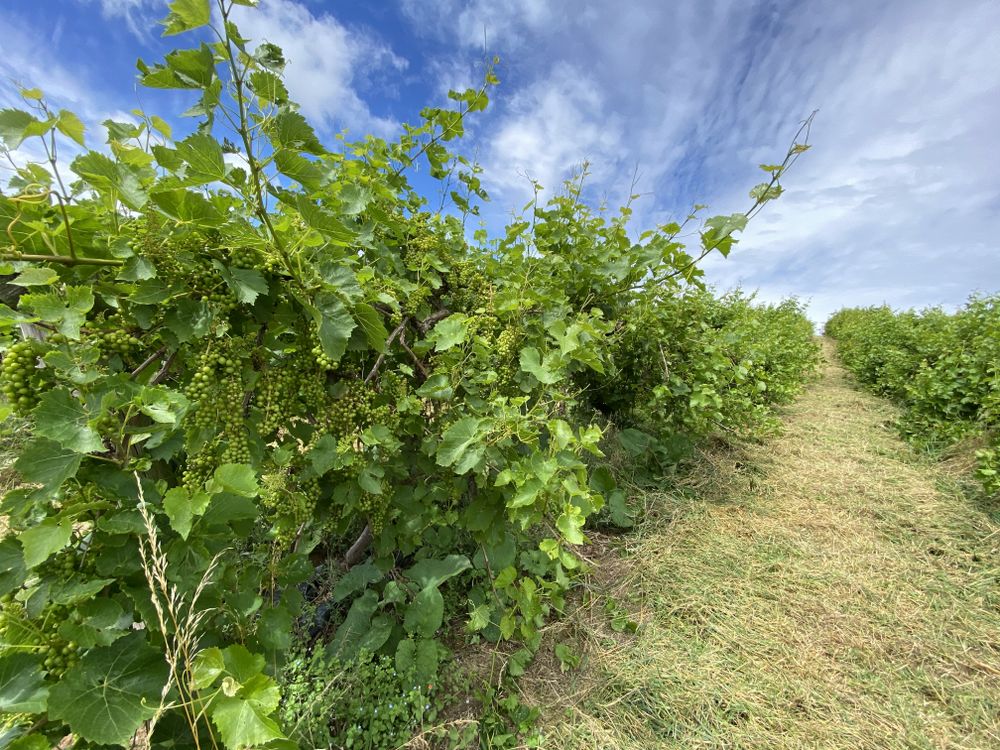 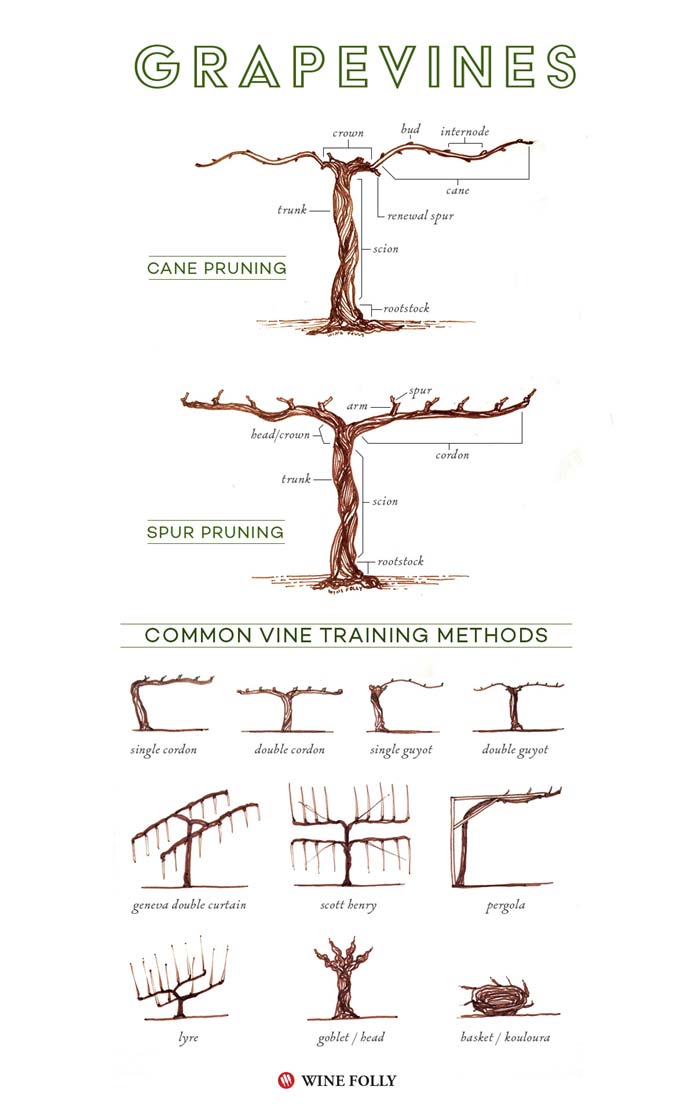 Fortunately, I have been recently introduced to Tillingham Wines run by cofounder Ben Walgate. A fantastic philosophy combining regenerative farming, biodynamics and wine production as natural as possible, using what he calls ‘low intervention’ methods to produce some inspired wines. I have now become the bioagriecologist advisor for the vineyard as what they are trying to achieve with their wines and their restaurant is absolutely what I am trying to achieve myself.

Following my first visit and taking a ‘tasting’ case home, I was amazed after drinking much of a bottle with Helen and leaving a small amount in the glass overnight that the following morning, the wine had fouled to a brown colour – if this is the natural process and speed, goodness knows what’s put in other wines as they seem to contain the same colour for days on end! One thing with the Tillingham produced wines, if you open a bottle, drink it – it won’t wait for you!

The qvevri method of fermenting wine is something that is extremely close to what I want to produce from the grapes picked at Townsend and therefore intend for Tillingham to process our grapes in the future and provide us with quality low intervention regenerative wines.

There is of course a fly in the ointment (isn’t there always?).  It’s all very good to grow low input wine and then have low input wine making – however the carbon needed to deliver grapes to East Sussex and return the bottled wine back to Ross-on-Wye hasn’t gone unnoticed! However a carbon balance sheet has been calculated and our vineyard without tillage, pesticides and fertilisers will sequester 2,832 Kg CO2 per Ha, at 0.72Ha this equates to 2039Kg CO2 sequester by the vineyard. A return journey to Tillingham from Townsend using a lorry will create 238.16Kg CO2 which means over 8 round trip journeys could be done before the carbon footprint became an issue (of which I don’t intend to do more than 2 deliveries and 1 collection).

I am extremely excited about the future relationship with Tillingham, not just on an advisory basis, but to see the products they are able to make from our grapes – watch this space for regenerative low intervention coming to a shop near you in Brampton Abbotts! 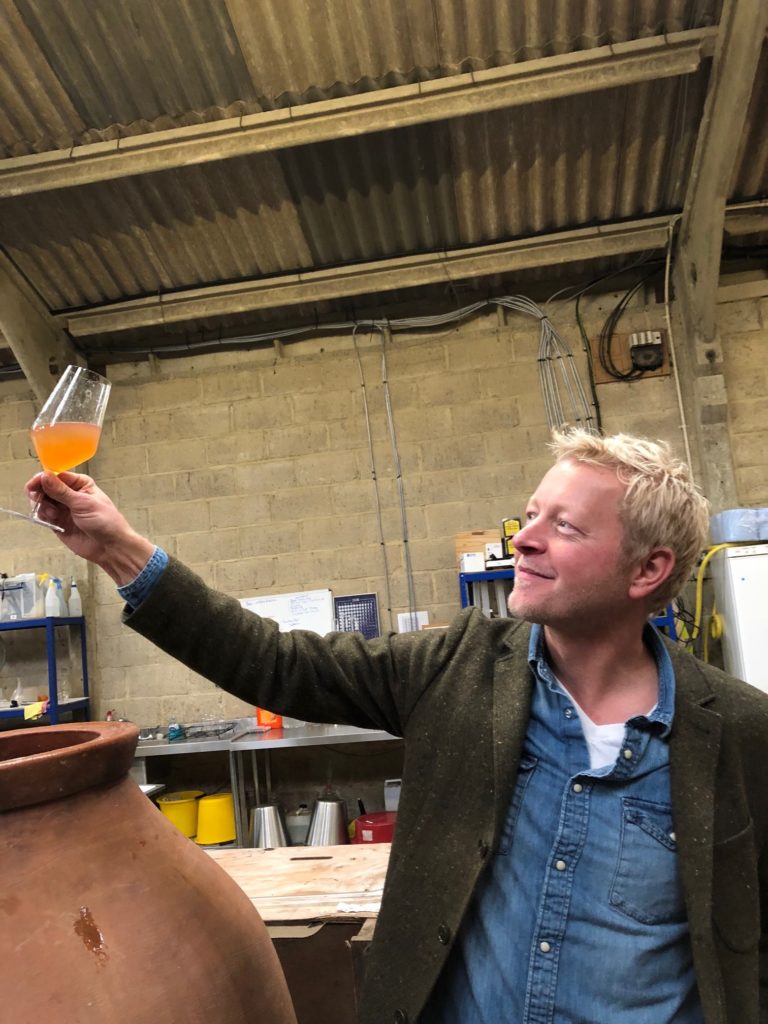