Absolute chaos is something, we, as a family, are used to with everything we have going on, sometimes organised, often not!  The principle is fairly simple, you take as many annual vegetable, salad and fruit plant seeds that you can find, mix them all together and randomly throw them all over the ground, rake them in to avoid bird, insect and small rodent predation and watch the whole chaos of plants grow all amongst each other.

The first real appreciation of companion planting came about on my Nuffield visit to the USA in 2015 wherein North Dakota I visited the Slant Indian Village in North Dakota, it was here I learned about the ‘3 sisters’ system of cropping and how they complement each other as can be seen by the photograph explanation.

After doing much research on companion crops for all types of plant production (books can be found in my library) and also the very crucial work done by Charles Darwin on the diversity of herbage seed and increased biomass yields from an increase in species diversity. This has been backed up by a huge amount of data, but some of the more interesting findings can be shown below. 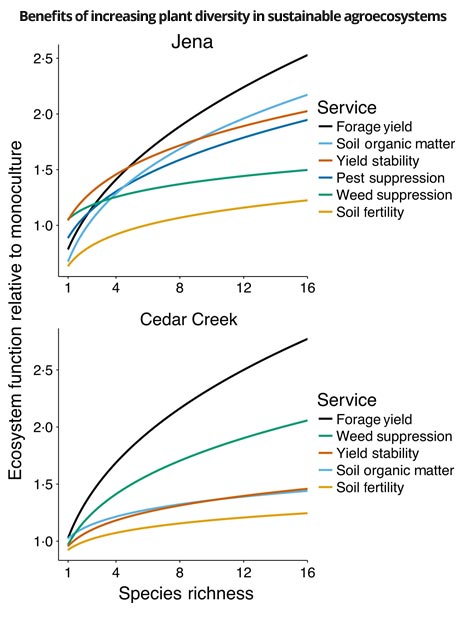 Environments containing species that are distantly related to one another are more productive than those containing closely related species, according to new research from the University of Toronto.

The experimental result from Marc William Cadotte confirms a prediction made by Charles Darwin in “On the Origin of Species”, first published in 1859. Darwin had said that a plot of land growing distantly related grasses would be more productive than a plot with a single species of grass.

Since then, many experiments have shown that multi-species plots are more productive. Cadotte’s experiment showed for the first time that species with the greatest evolutionary distance from one another have the greatest productivity gains.

“If you have two species that can access different resources or do things in different ways, then having those two species together can enhance species function. What I’ve done is an account for those differences by accounting for their evolutionary history,” Cadotte says.

Cadotte grew 17 different plants in various combinations of one, two, or four species per plot. As in previous experiments, he found that multi-species plots produced more plant material. But when he analysed the results he also found that combinations of plants that were distantly related to one another were more productive than combinations of plants that were closely related. So, for instance, a plot planted with goldenrod and the closely related black-eyed Susan wasn’t as productive as a plot with goldenrod and the more distantly related bluestem grass.

What’s going on isn’t mysterious, Cadotte says. Distantly related plants are more likely to require different resources and to fill different environmental niches — one might need more nitrogen, the other more phosphorus; one might have shallow roots, the other deep roots. So rather than competing with one another they complement one another.

What’s interesting about his result is that evolutionary distance is all you need to know to predict productivity. The result suggests that as plant species disappear Earth will become less productive, and plants will draw even less carbon from the atmosphere, possibly increasing the rate of global warming.

On the other hand, the results could give a valuable tool to conservation efforts. Environmentalists trying to restore damaged habitats could use the information to help them pick which combinations of species to introduce.

Gabe Brown then introduced me to the concept of the chaos garden principle, whereby he grew a huge amount of randomly planted, vegetable, fruits and salads and produced every year a huge bounty. Diversity helped cycle nutrients to the differing plant species, diversity prevented disease and insect attacks by allowing plenty of opportunity for beneficial predatory insects to live amongst the diversity. Weeds would be outcompeted due to the differing growth habits of the plants and the way they had differing growth habits. By having differing growth habitats the interception of the suns energy could also be enhanced, some short, some tall, some narrow and some wide allowed for the gaps in the biomass to be filled and become more of a vertical solar panel rather than a single mono-crop height. Rooting would also have huge diversity to extract and feed on the soil minerals, whether fibrous and spreading or deep-rooted tap roots, they would all help utilise the available soil better.

We have had several bountiful harvests and enjoy both the planting and harvesting, with mother nature taking care of everything in between. The drought of spring and summer of 2020 proved difficult as we happened to establish the seeds during this with the expectation of rain, which it didn’t for almost 10 weeks! However, come harvest there was plenty of food, the excess of which was delivered to the local food bank.

Pigs are then turned out for a short while to eat the leftover vegetation and root out anything we have left behind before starting the process all over again. This year we are going to try using Frank the Suffolk Punch to shallow plough and plant the chaos garden, we will let you know how we get on! 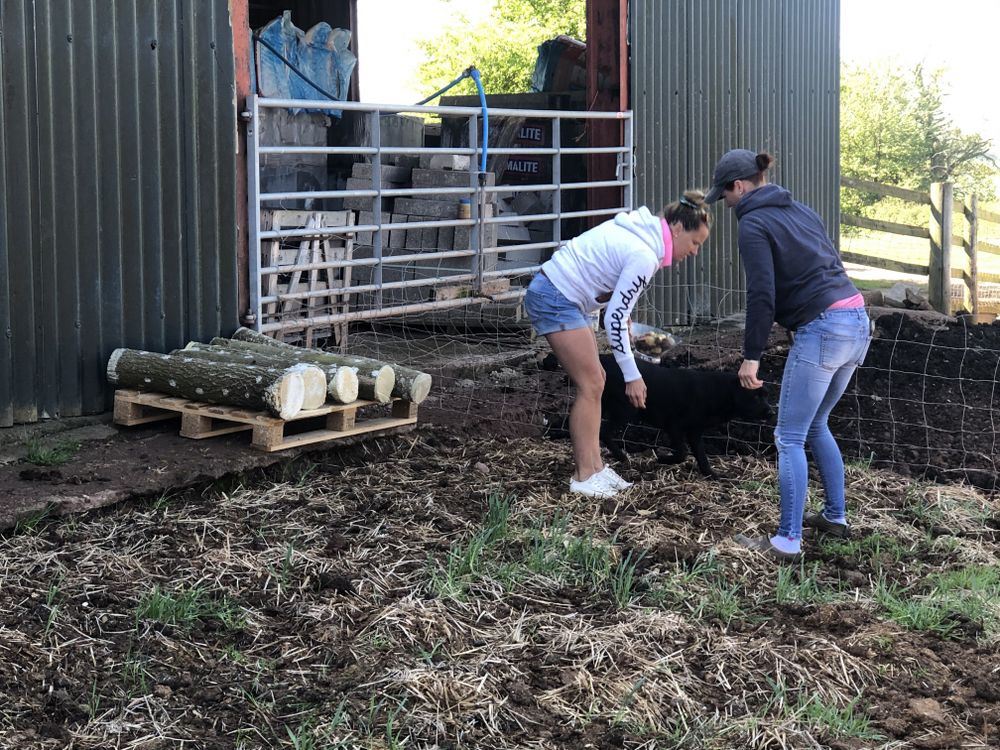 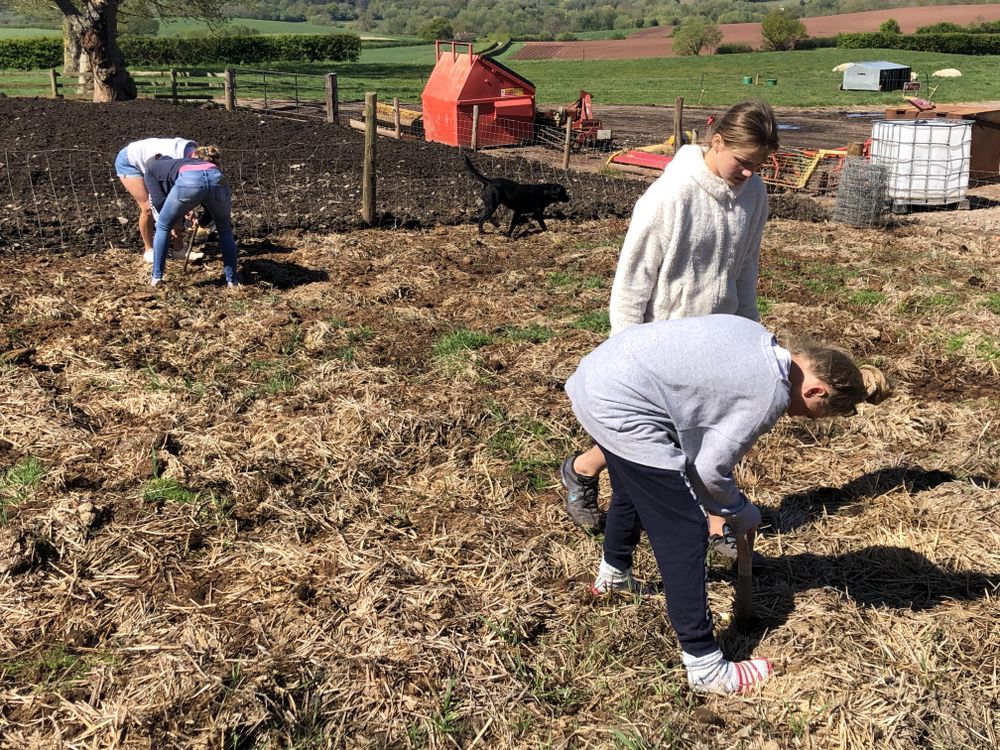 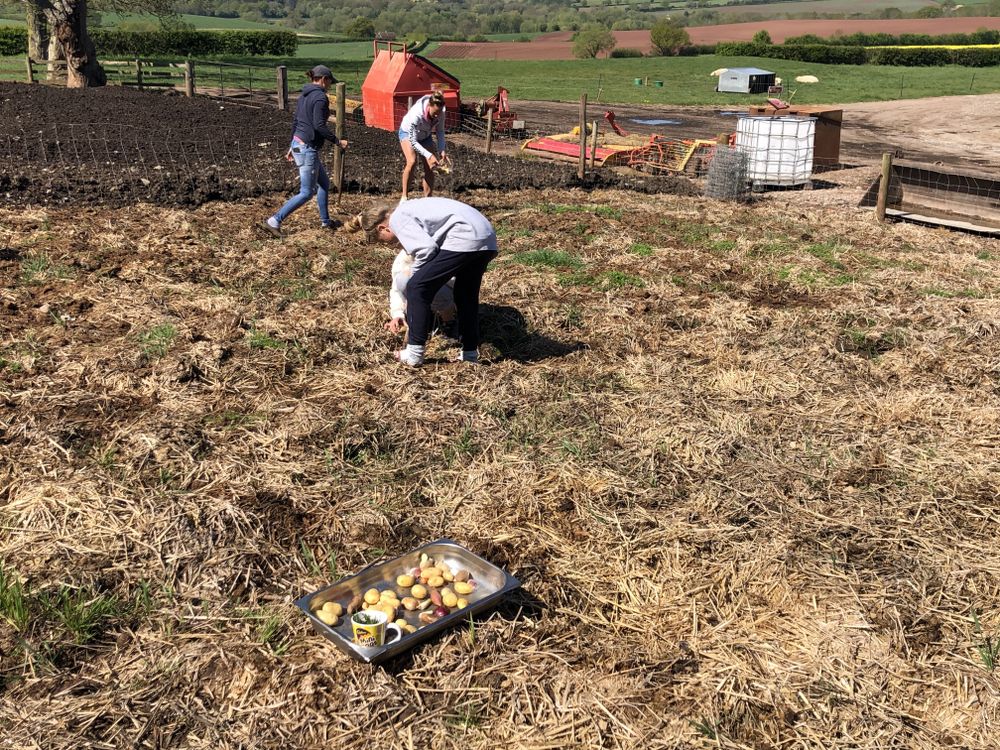 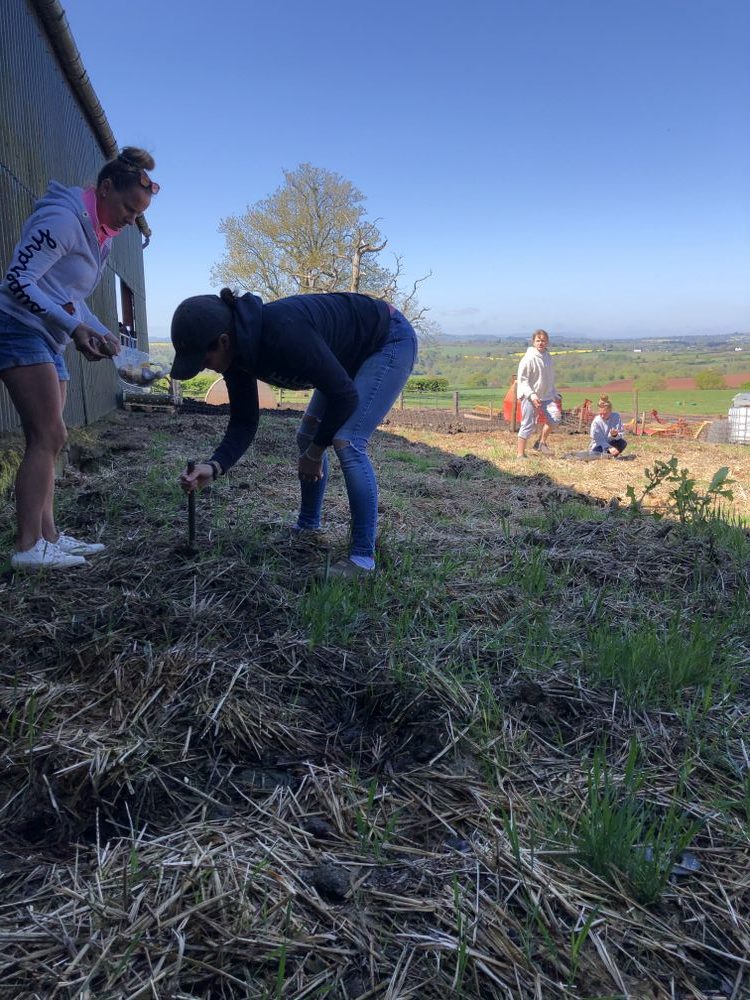 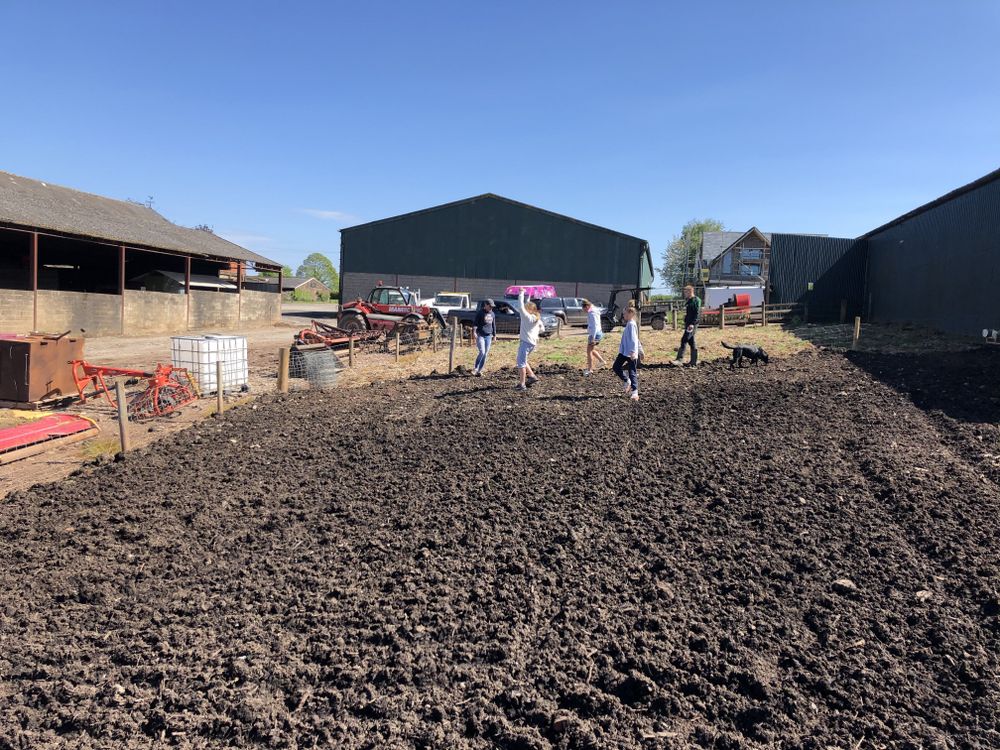 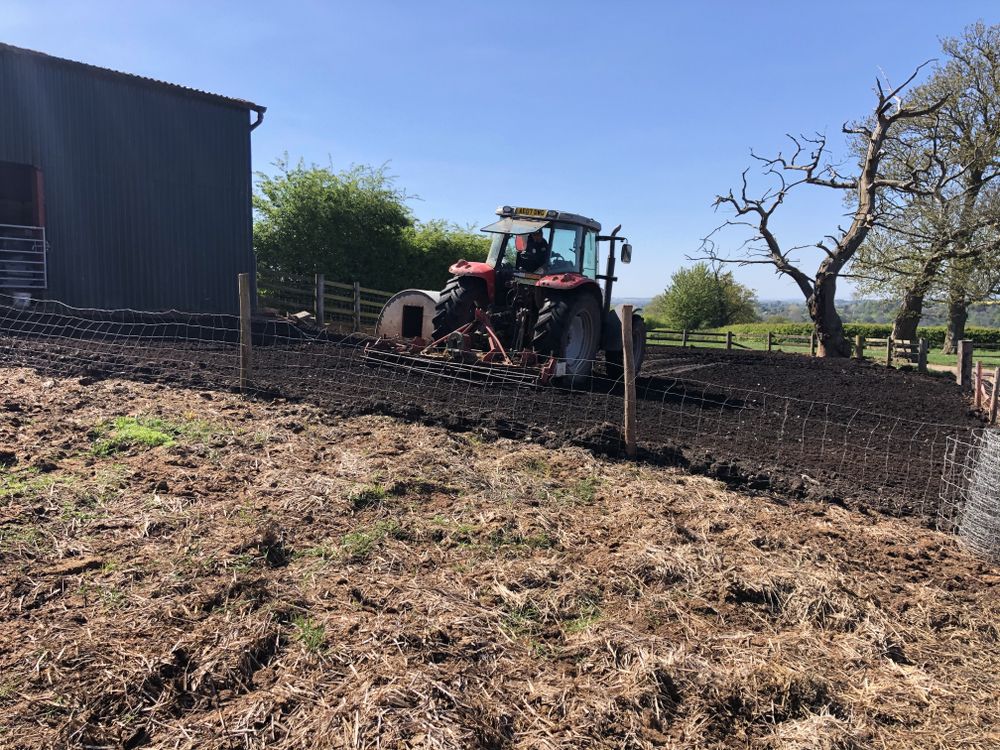 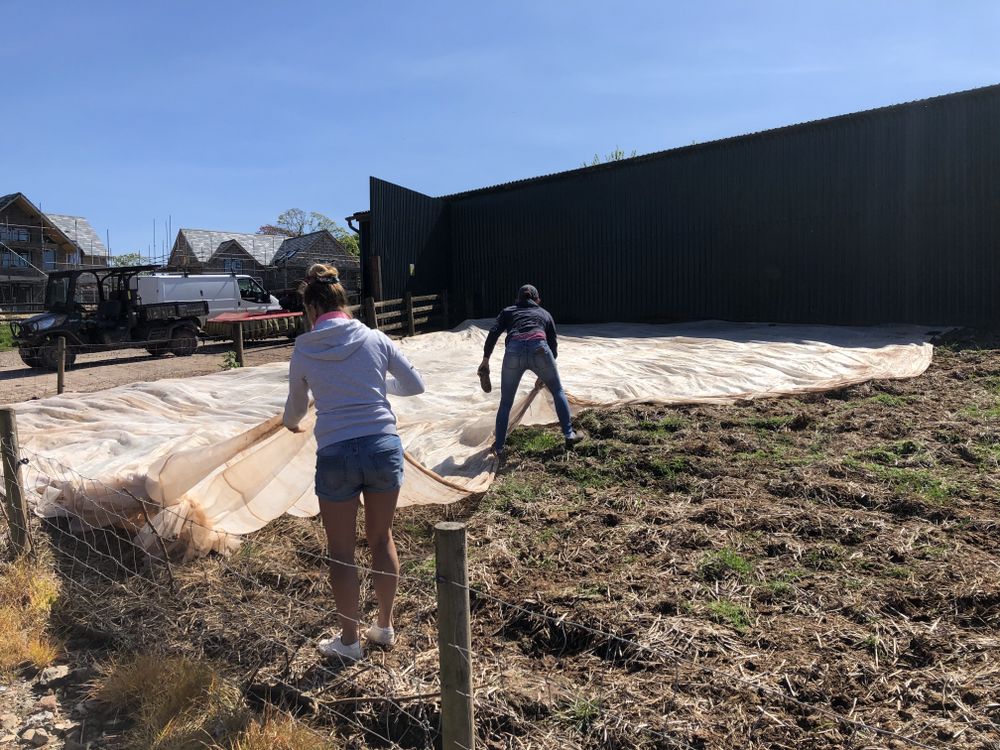 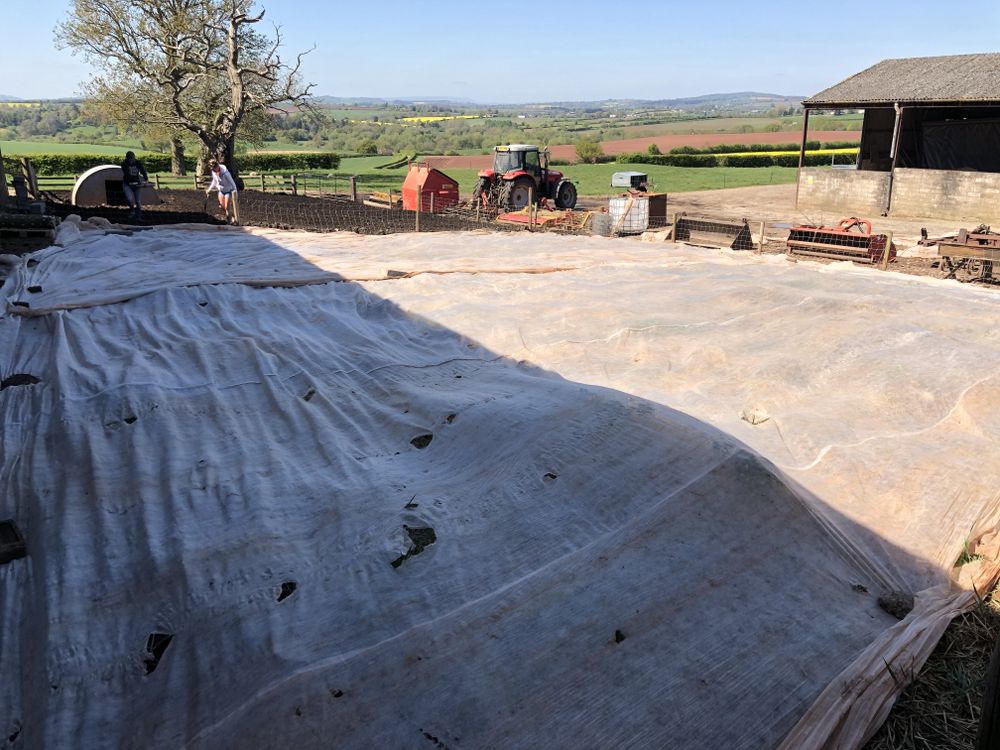 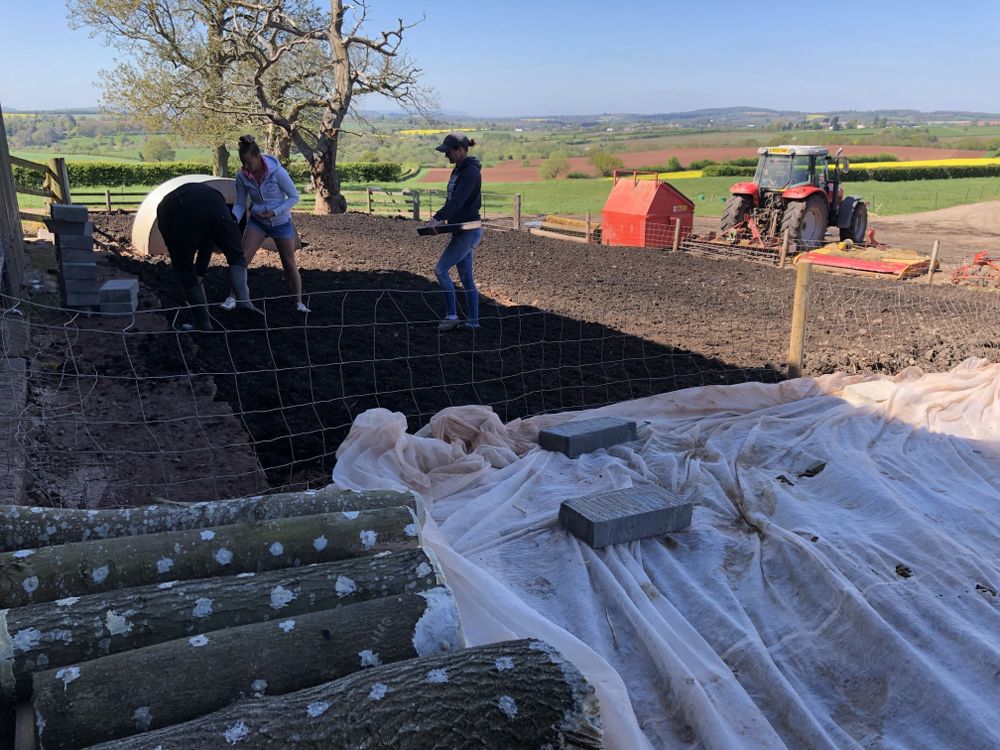 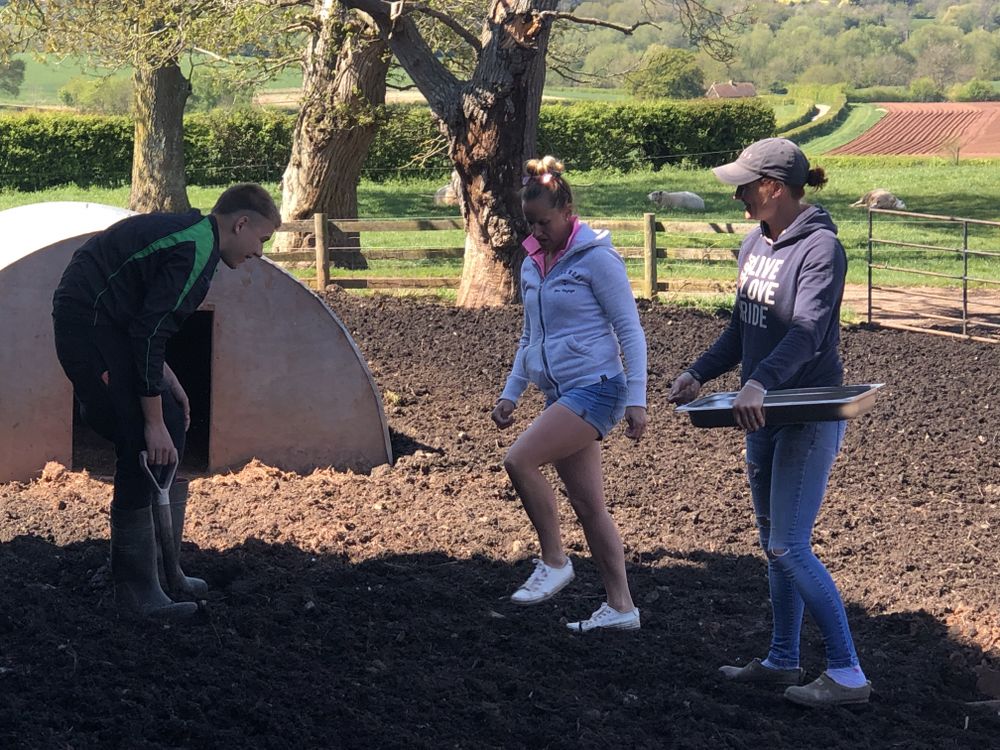 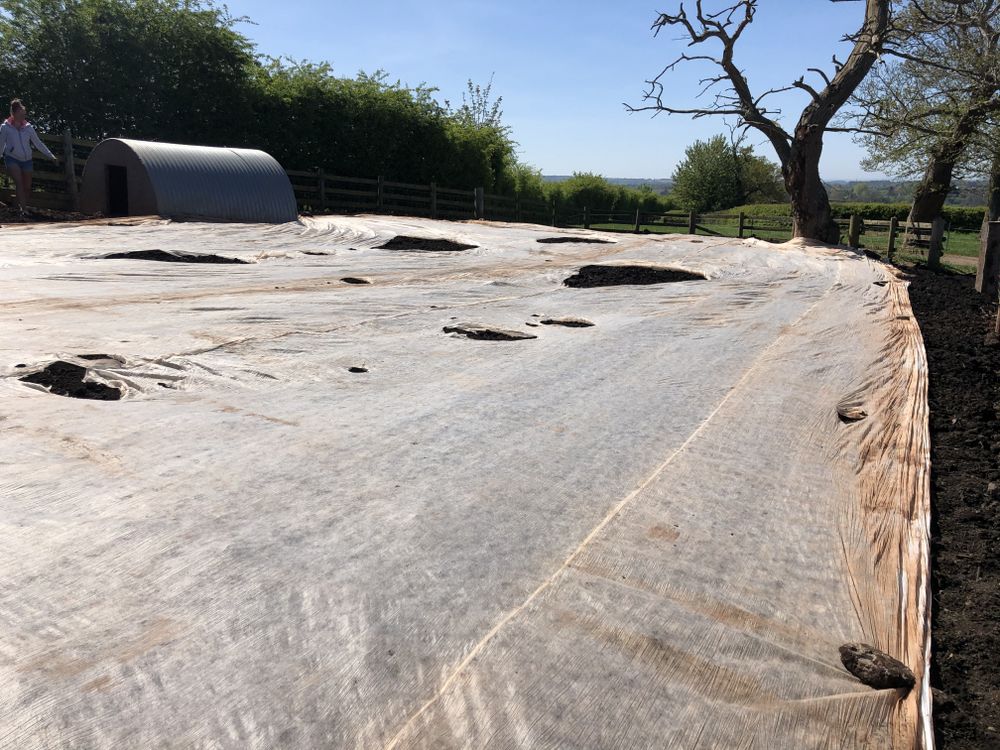 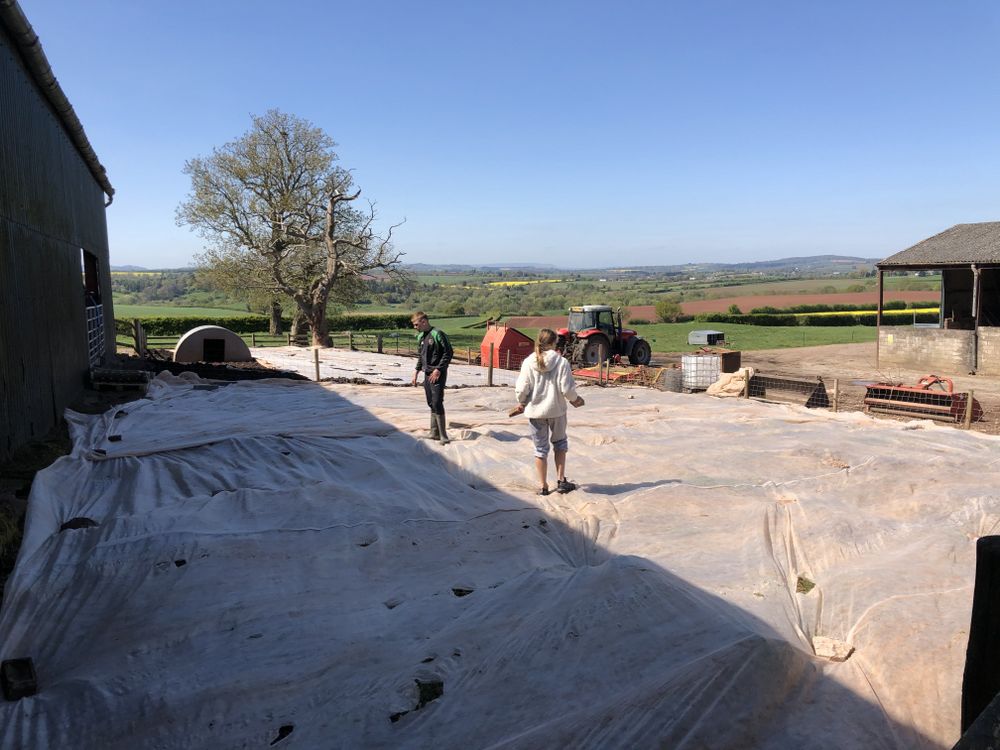 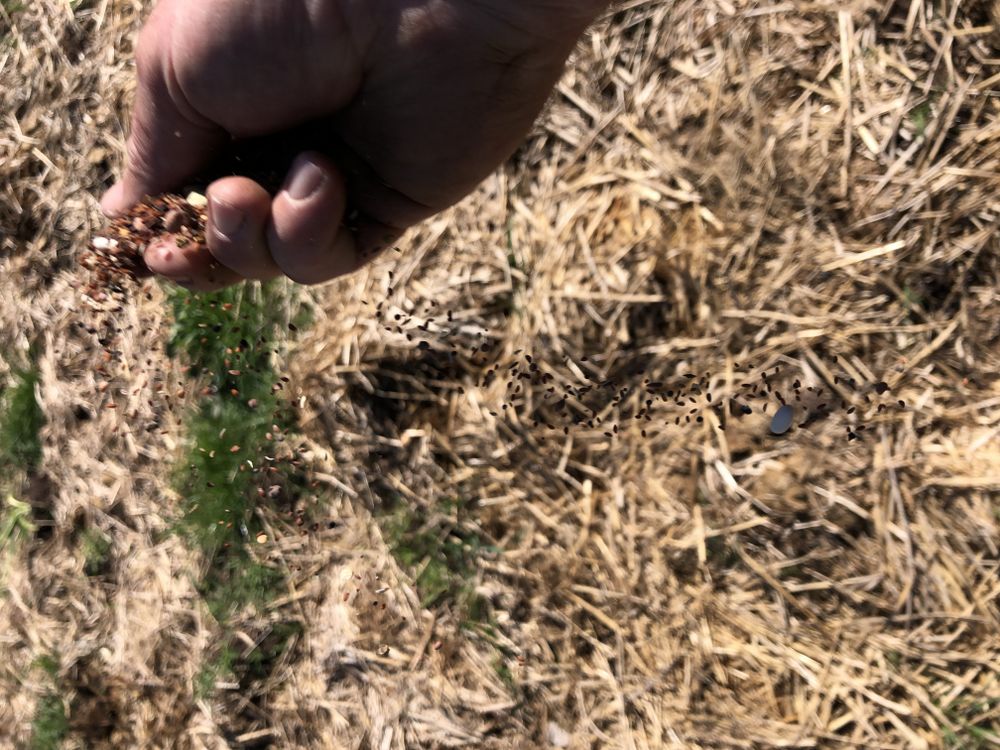 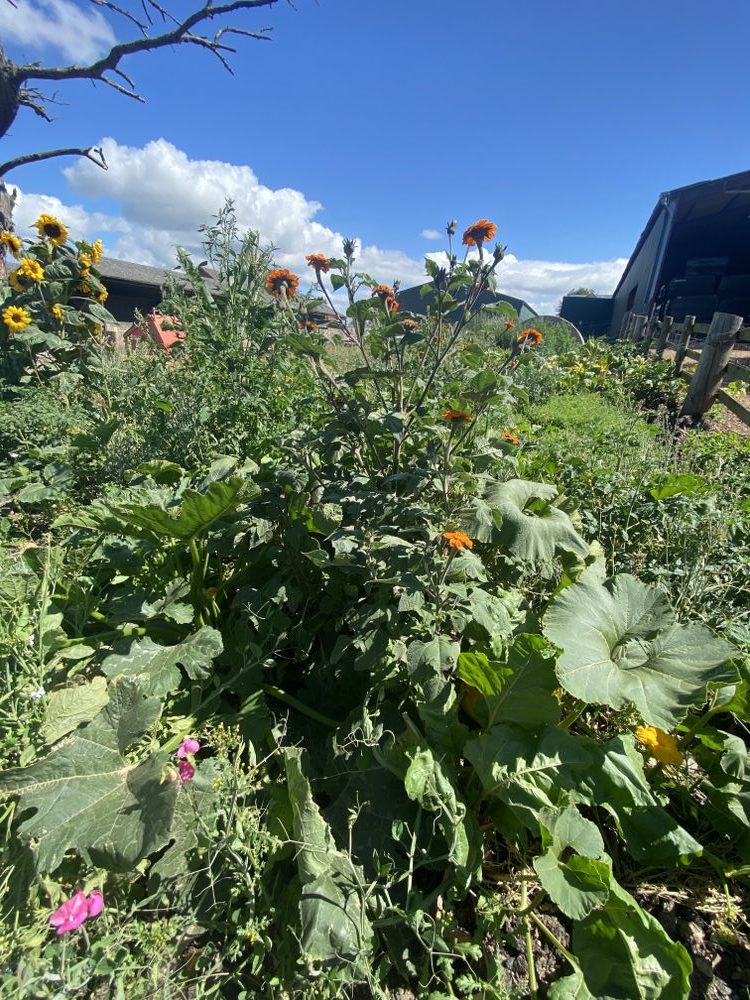 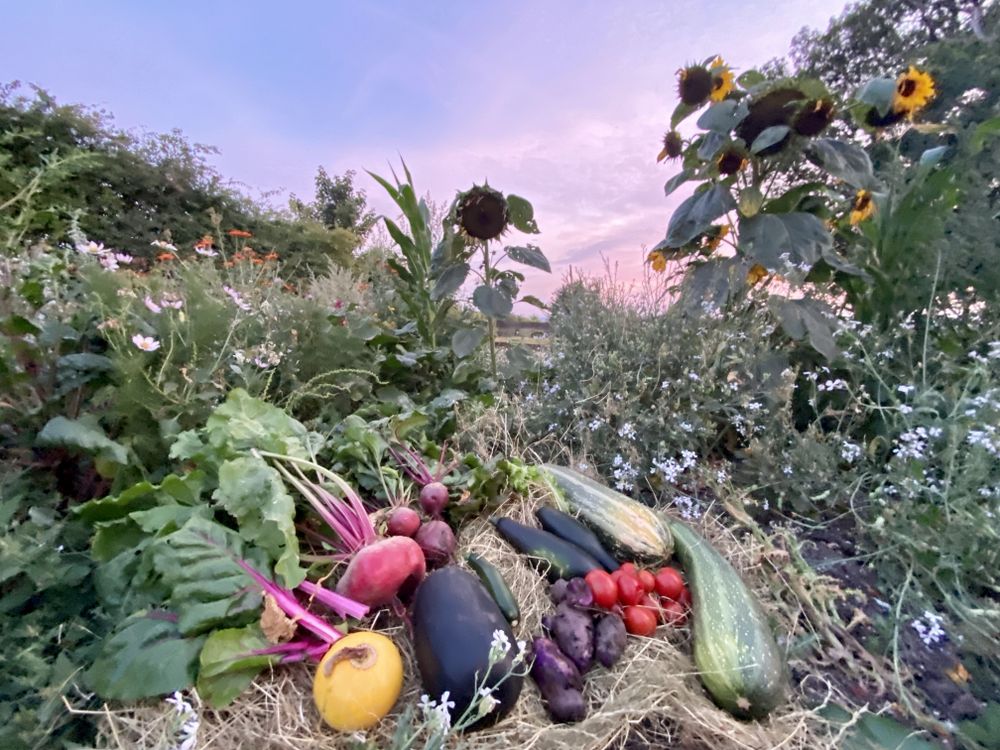 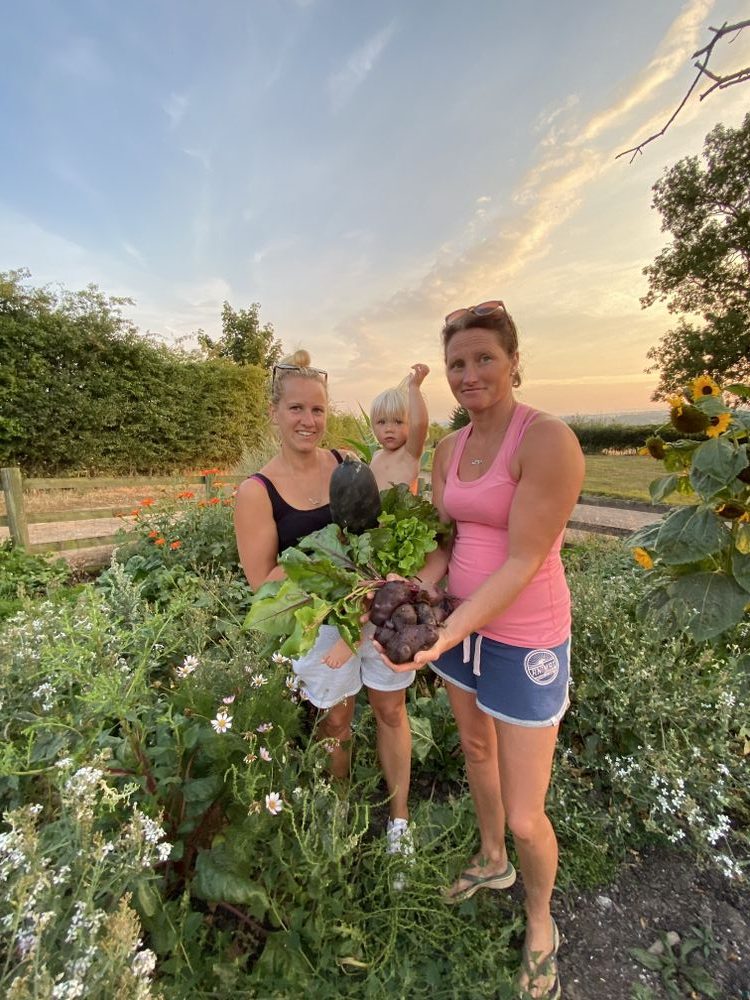 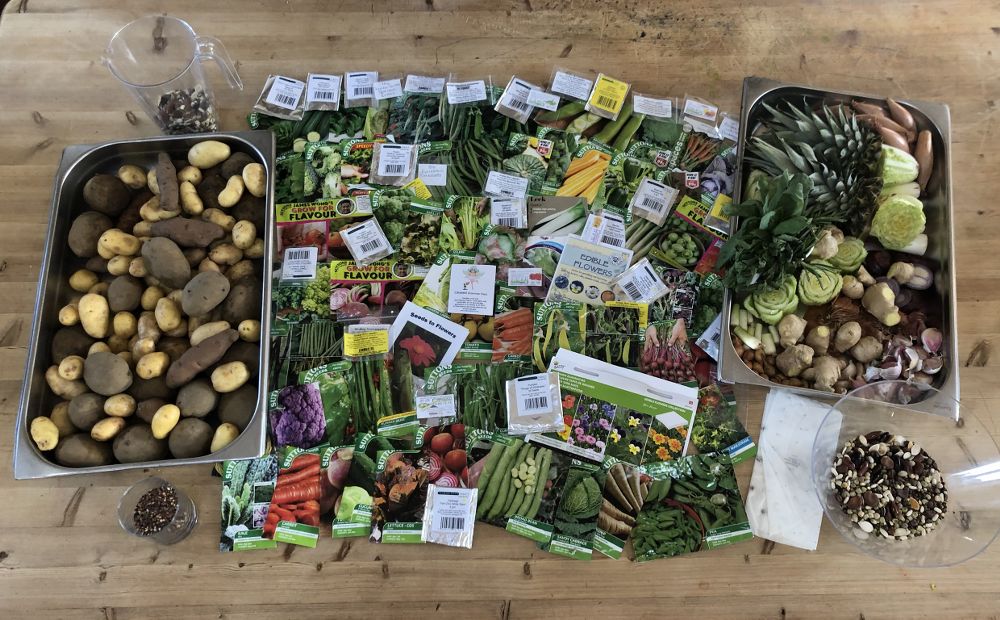 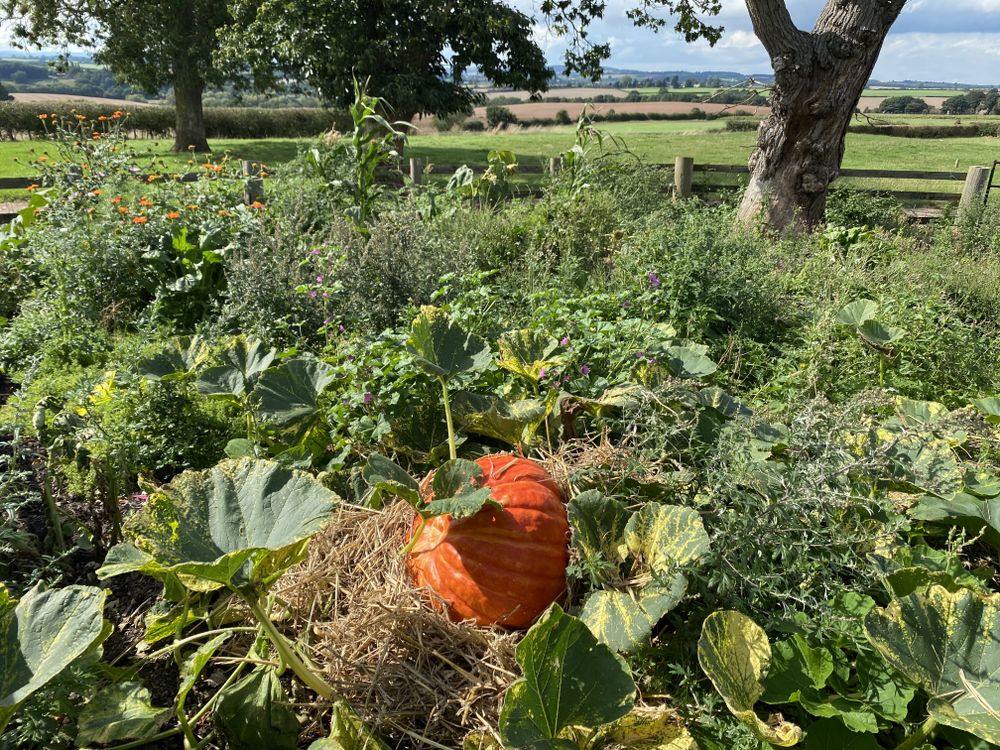 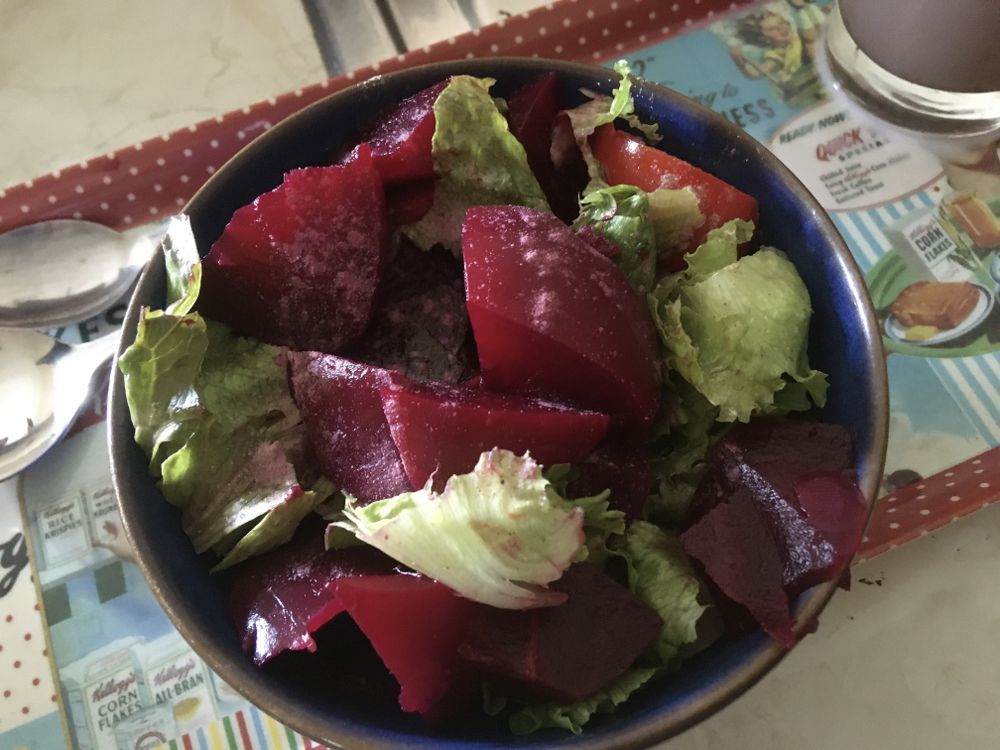 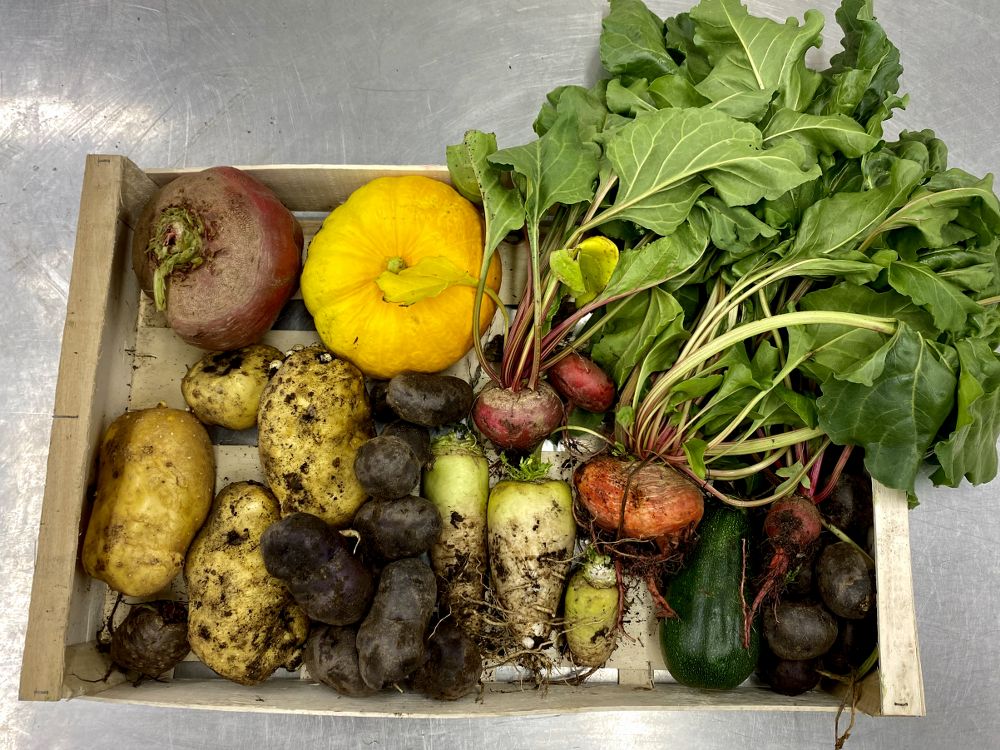 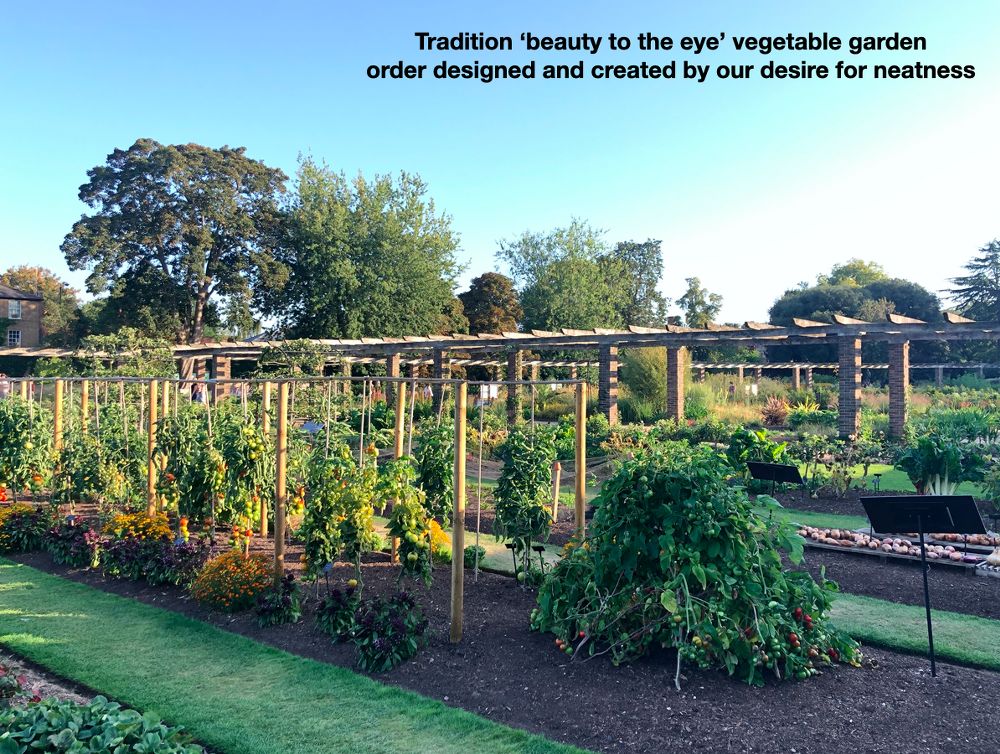 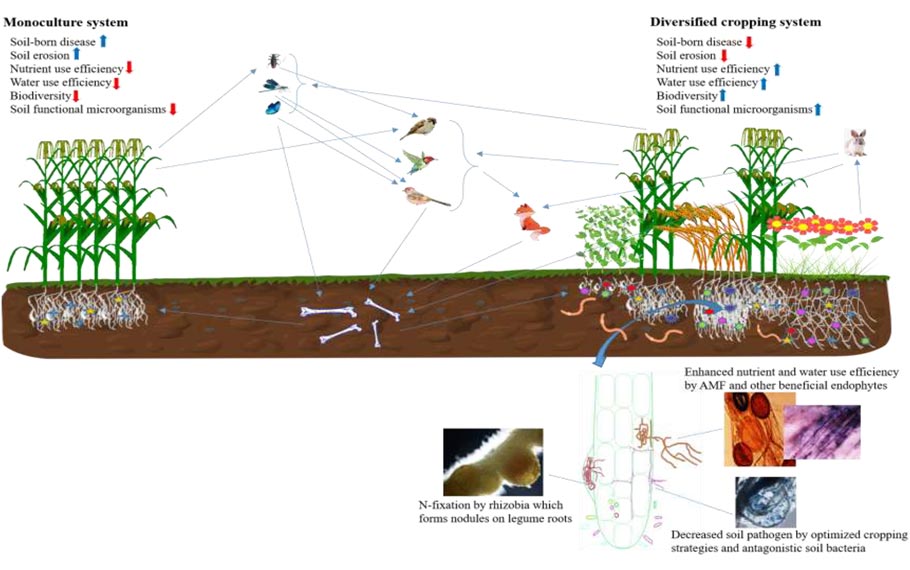