We have 2 main enterprises when it comes to chickens, egg production and meat.

Our meat chicken production is still in its infancy as we are looking to produce a good free range meat chicken fed on any maize corn that is left over in the game covers that are used around the farm for our shoot.  This uses up a fantastic resource, which at the end of the season, was generally chopped up and left on the ground and this generally attracts flocks of rooks (smaller song birds generally find the corn too big to eat).

Our first meat chicken breed were that of Ross Cobbs, a modern day broiler chicken bred to produce a finished saleable chicken of 4.5lb in just 5 weeks, in modern housed heated conditions (again with margins for the grower being ever squeezed, the shorter the length of time to heat, bed, water and feed a finished chicken the greater the chance of returning a profit).  However, what we were least expecting is a bird that we were even nervous to expose to the natural elements!  Despite being in far less of a hurry to finish and wanting a more free range life for our meat chickens we were surprised that the intensive breeding had concentrated so much on the meat conversion from food that a natural process, such as growing feathers, was somewhat ignored or even perhaps bred for?  Artificial heat keeps the birds warm in large broiler sheds so feathers for warmth are relatively unnecessary and I guess the less feathers they have the easier they are to process? At the age of 6 weeks (a week beyond their normal life span) we felt the birds had developed enough feathers to be taken outside and allowed to finish scratching around in the herbal leys, as our egg chickens have the opportunity to do so, and grown on for another 6 weeks (Christmas) for an alternative to Turkey.  A taste test will be done and we will blog the results. 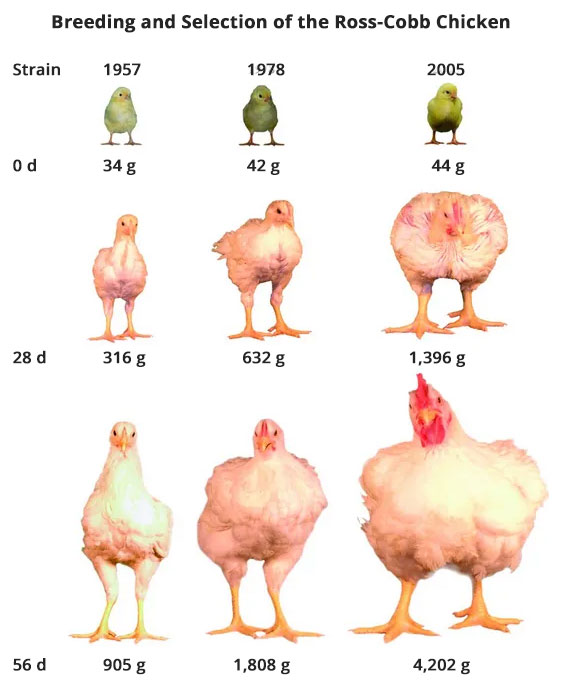 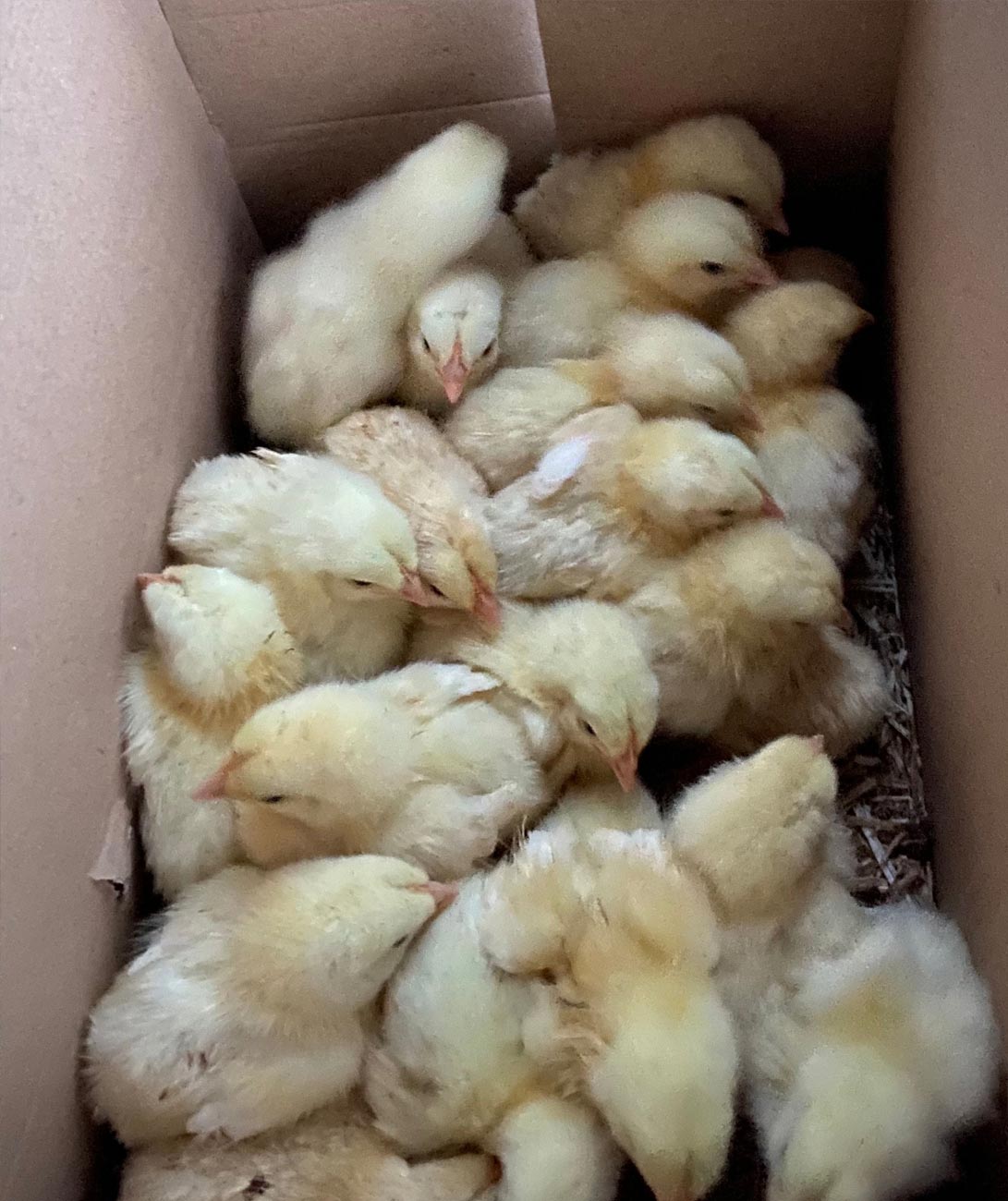 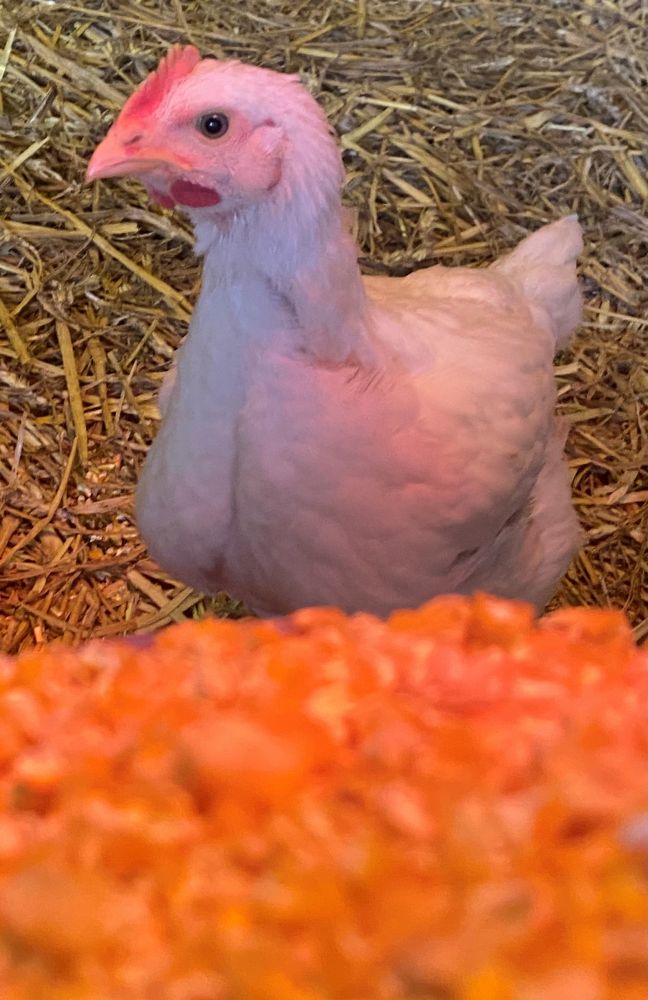 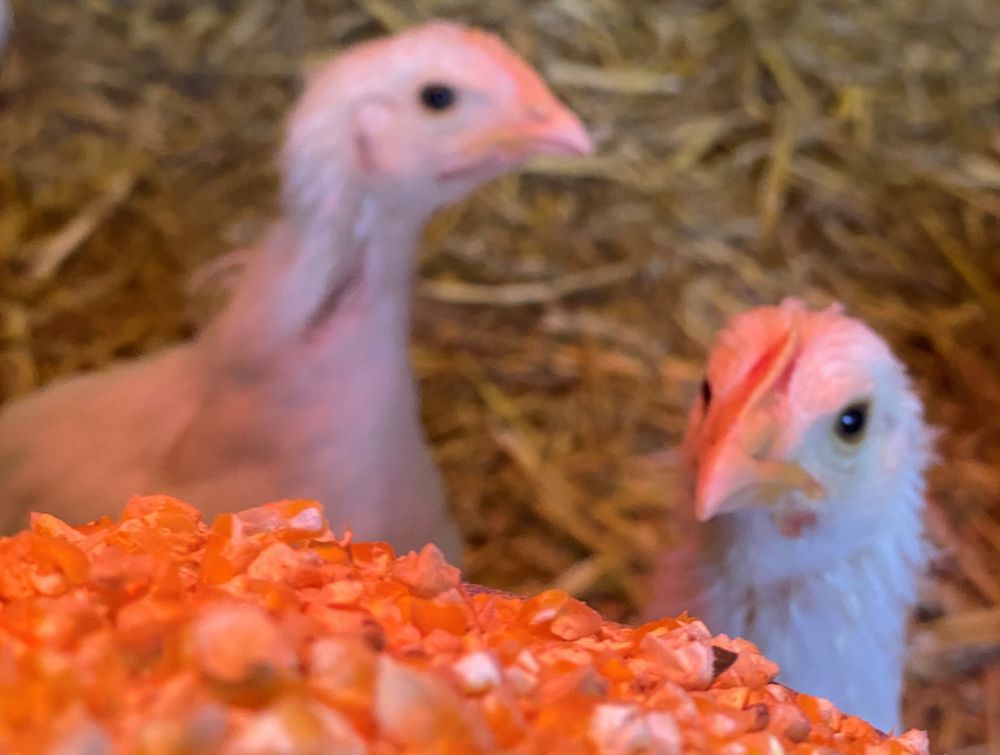 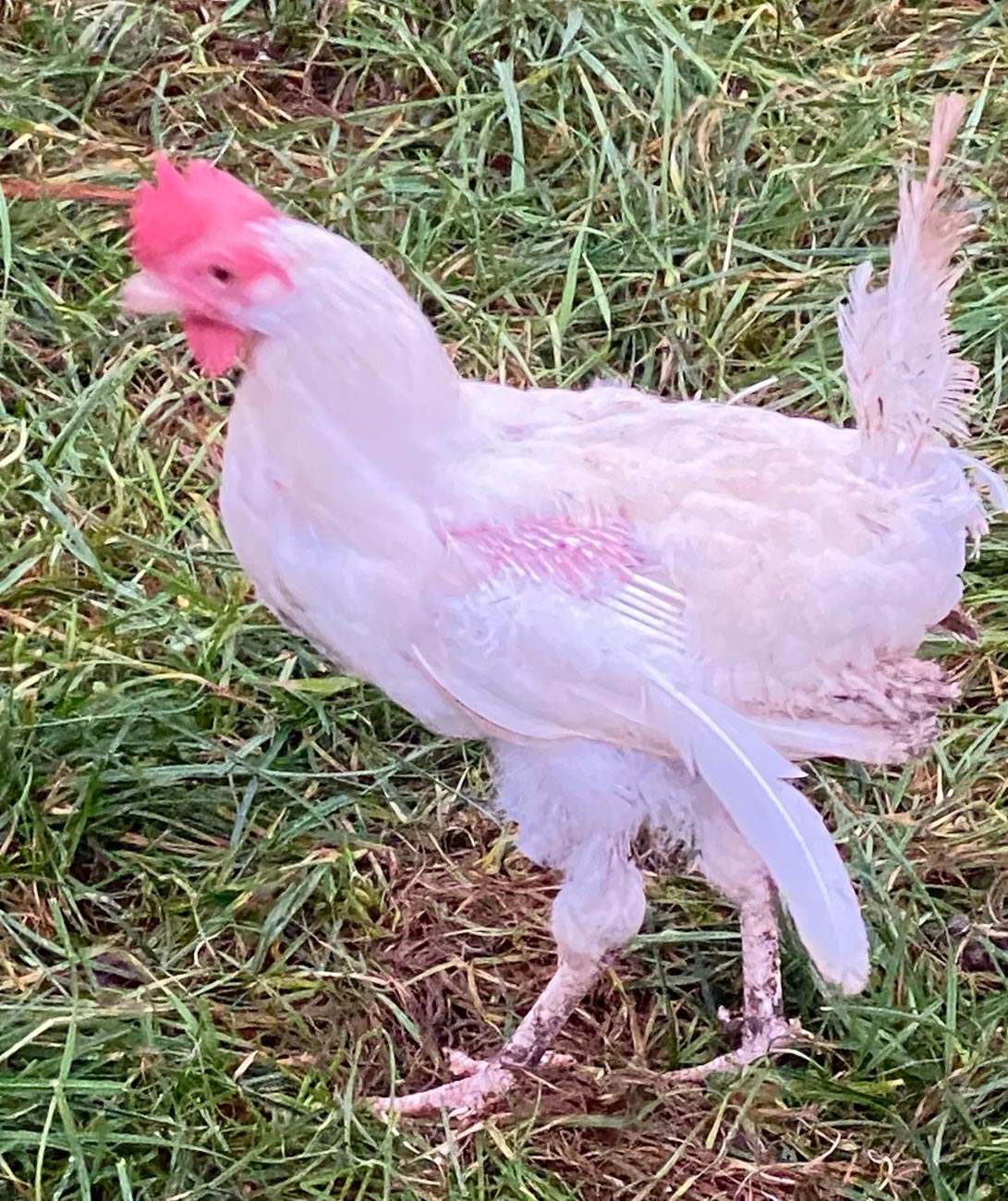 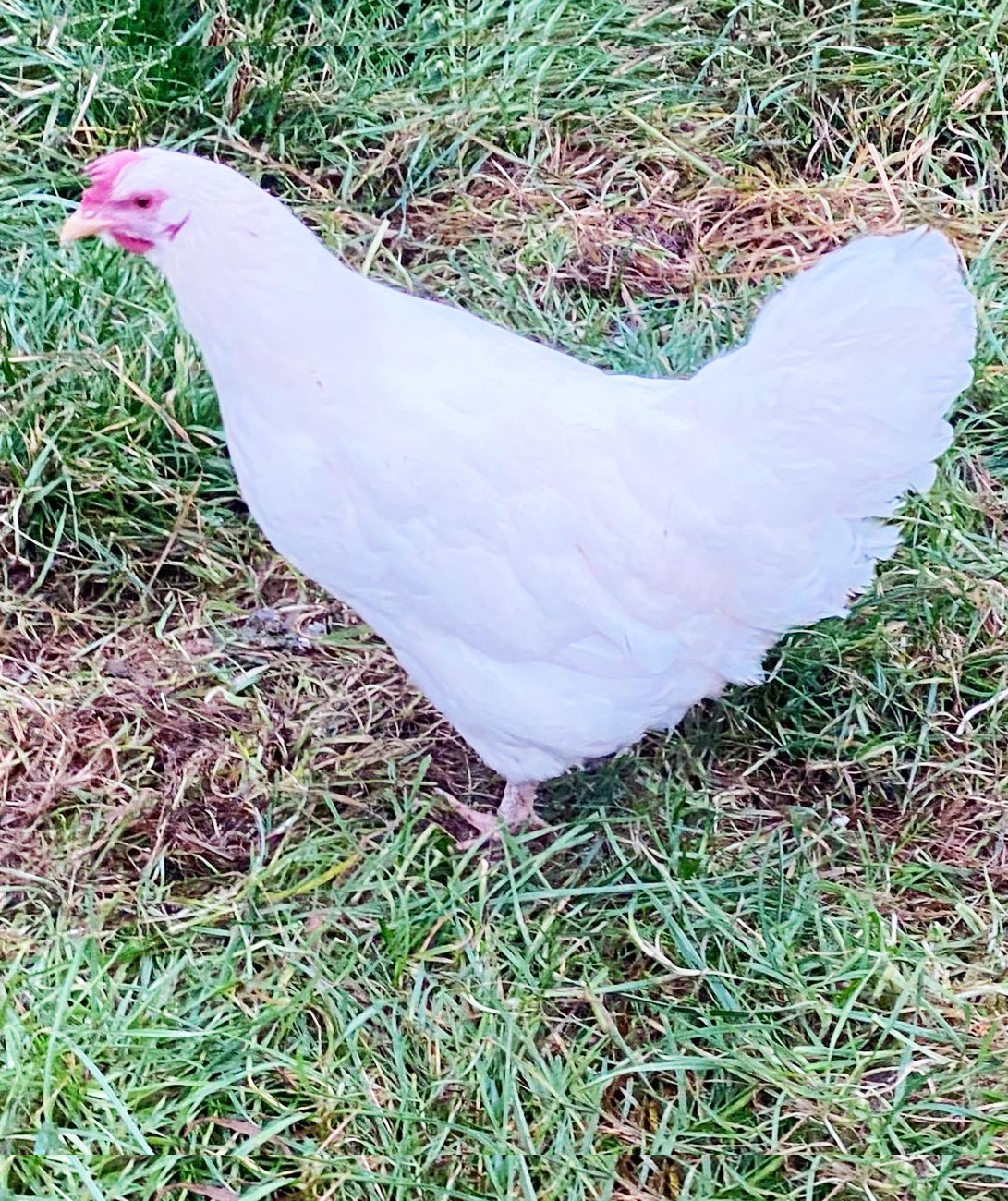 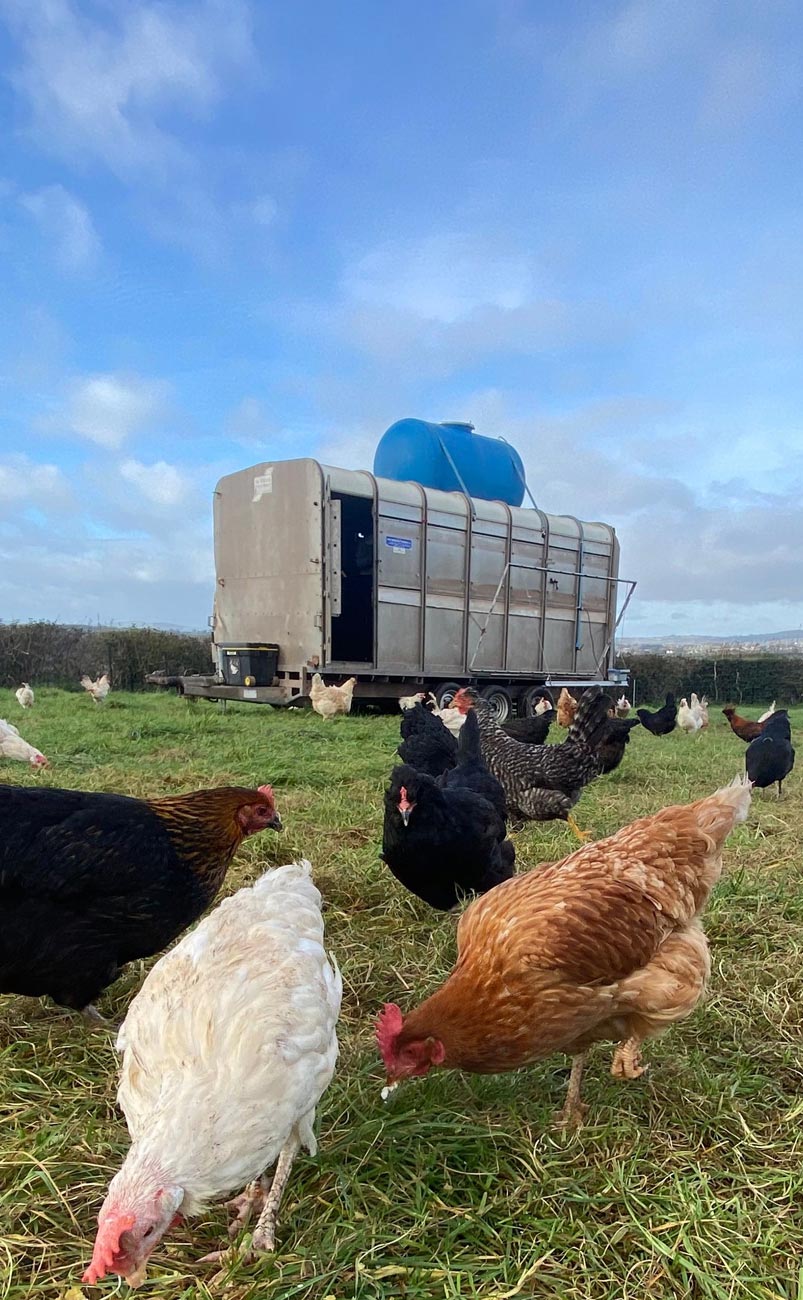 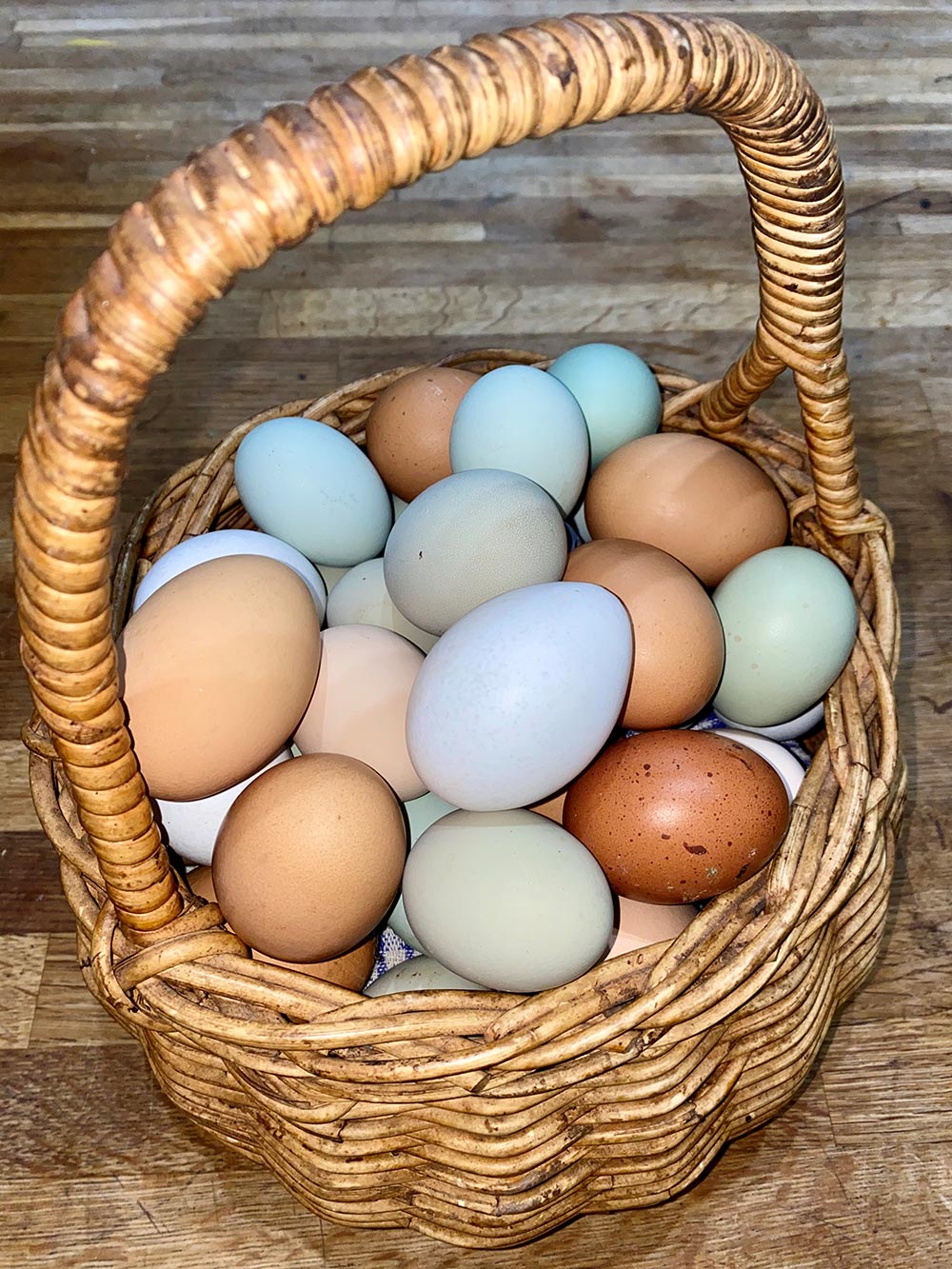 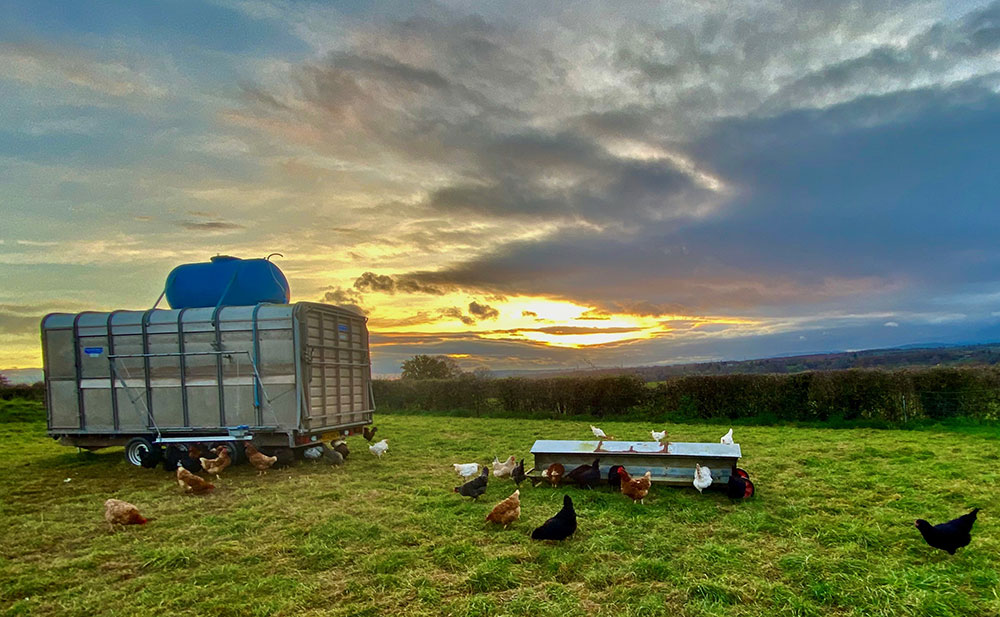