One of the first projects we did as a family in the early Spring 2020, COVID-19 lockdown 1.0, was to construct a bug hotel to allow insects to thrive inside our garden.  We have always been interested in the insects we have as we have many masonry bees living in the mortar of our barn conversion and plenty of bats in the early evening to suggest we have enough nocturnal insects to support them. We are also blessed with the arrival each summer of swallows which, although was a common sight across the whole of the UK in days gone past, is something becoming rarer and rarer.

What we do need to be careful about is ‘shifting baselines’.

“The shifting baseline syndrome is the situation in which over time knowledge is lost about the state of the natural world, because people don’t perceive changes that are actually taking place. In this way, people’s perceptions of change are out of kilter with the actual changes taking place in the environment,” Dr. E.J. Milner-Gulland.

In other words, due to short life-spans and faulty memories, humans have a poor conception of how much of the natural world has been degraded by our actions, because our ‘baseline’ shifts with every generation, and sometimes even in an individual.  In essence, what we see as pristine nature would be seen by our ancestors as hopelessly degraded, and what we see as degraded our children will view as ‘natural’.  https://news.mongabay.com/2009/06/proving-the-shifting-baselines-theory-how-humans-consistently-misperceive-nature/

Providing a dedicated refuge would help to increase their numbers and complement the hedge, margin and beetle bank management already being done on the farm.  As well as implementing things that were advised following a visit from Matt Shardlow, the CEO of Bug life.  Matt’s second visit can be seen here as recorded on Radio 4’s farming today https://www.bbc.co.uk/programmes/m00079zn.

Never knowingly doing things by half, we started a salvage hunt around the farm, looking for anything that could be used when building the bug hotel, which included an old porch bought on an impulse as an ‘oak porch’ which we were going to add to the front door of our house as a welly store – however on collection the fact I could pick it up suggested the vendor was somewhat confused between softwood and oak, however I thought I could make use of it somewhere so bought it anyway – that was 7 years ago!

It was a nice project in which we all played a part, the girls learnt how to mix cement for the stone wall and how to select stone to build it, Helen and Jobe spent most of the day smashing things with hammers to provide lots of different materials to provide nooks and crannies throughout the build and I provided the engineering to hold it all together, by the end of the weekend, we were thrilled with what we had created. 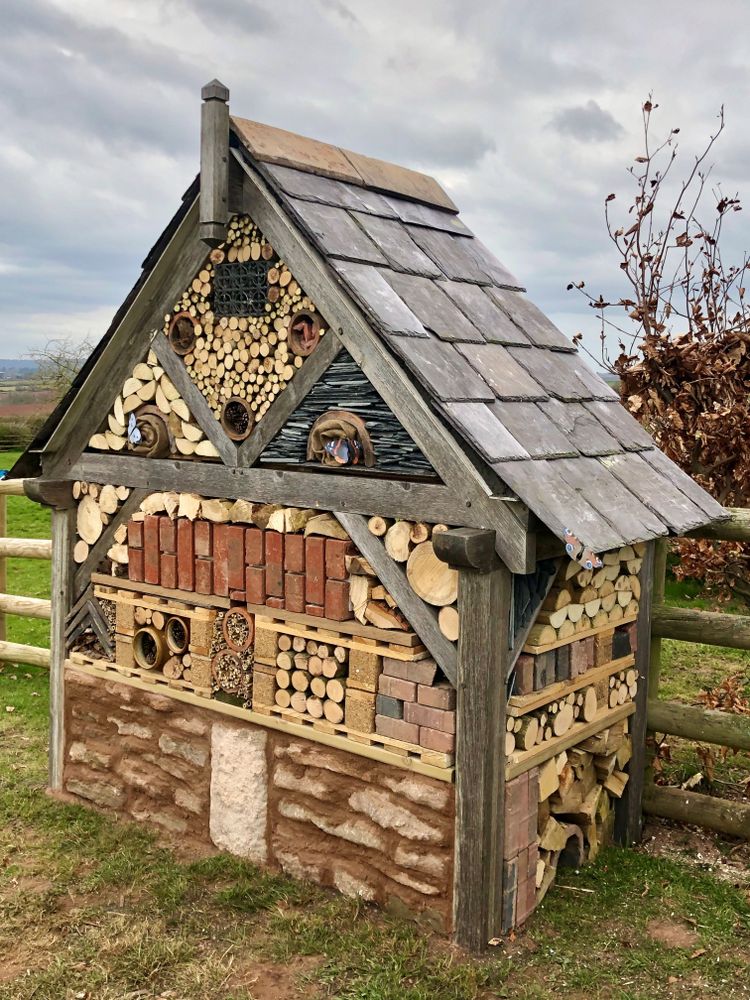 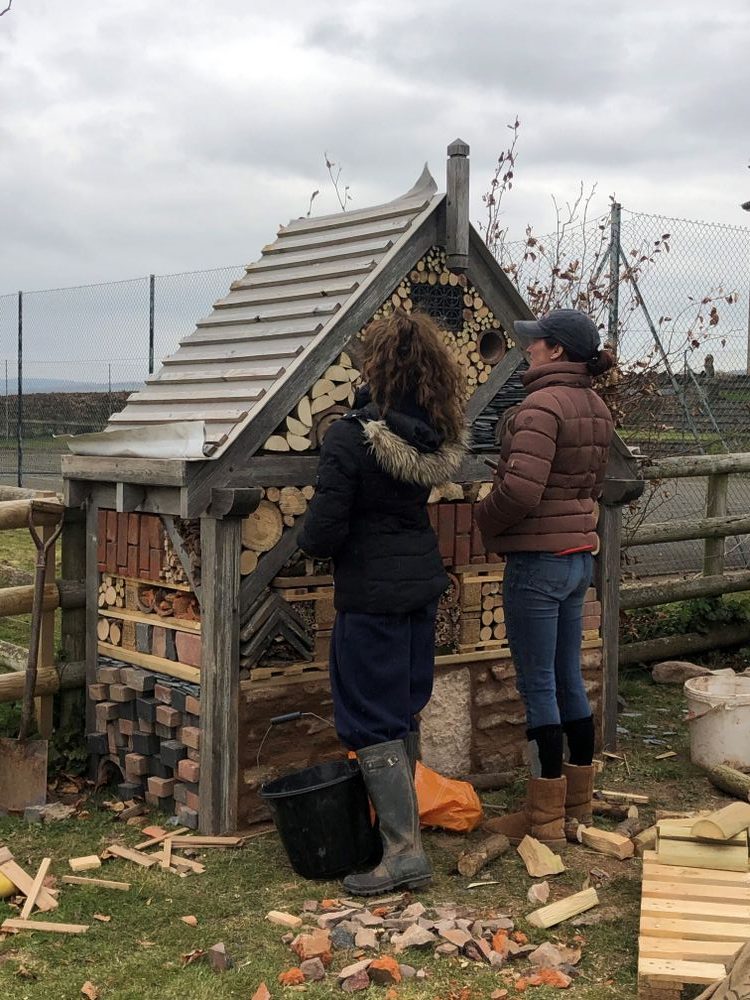 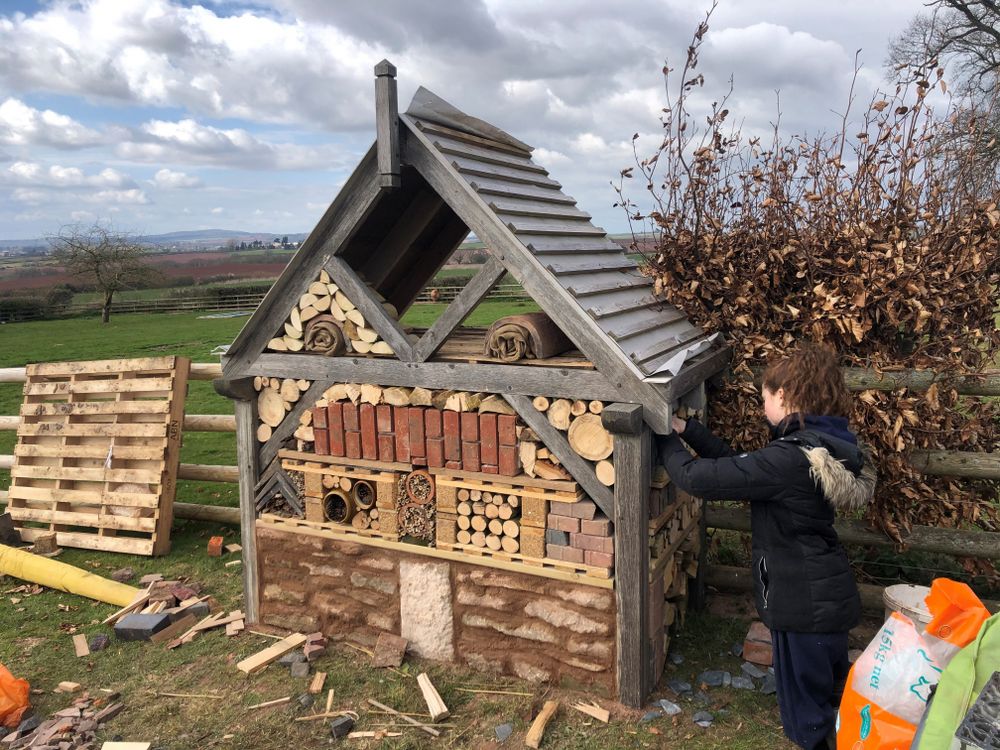 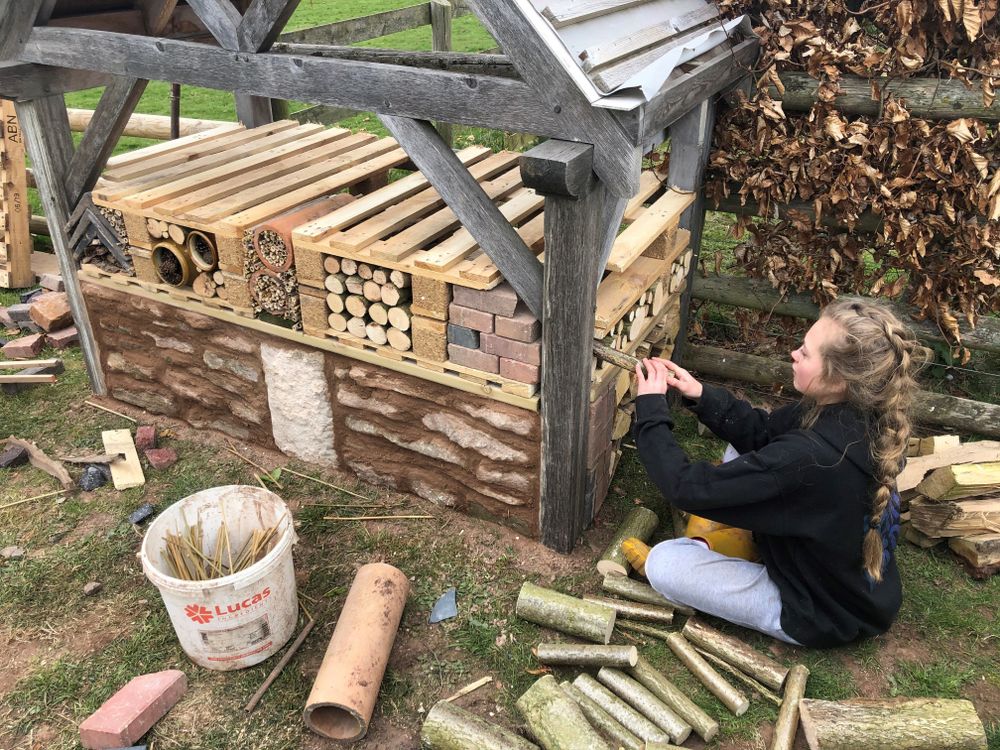 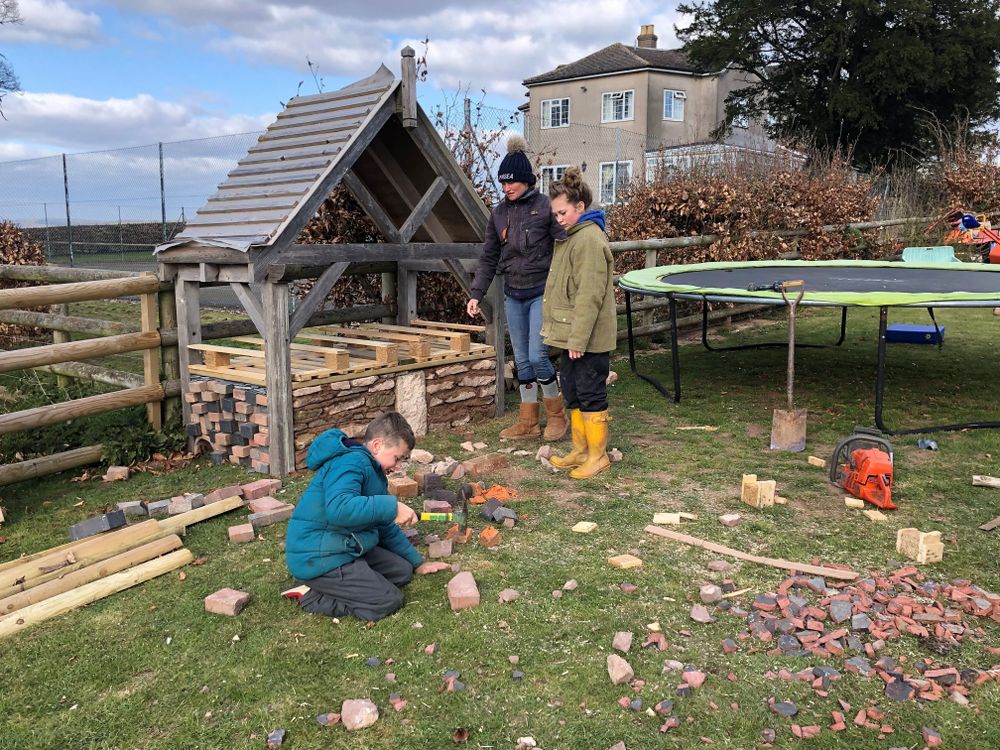 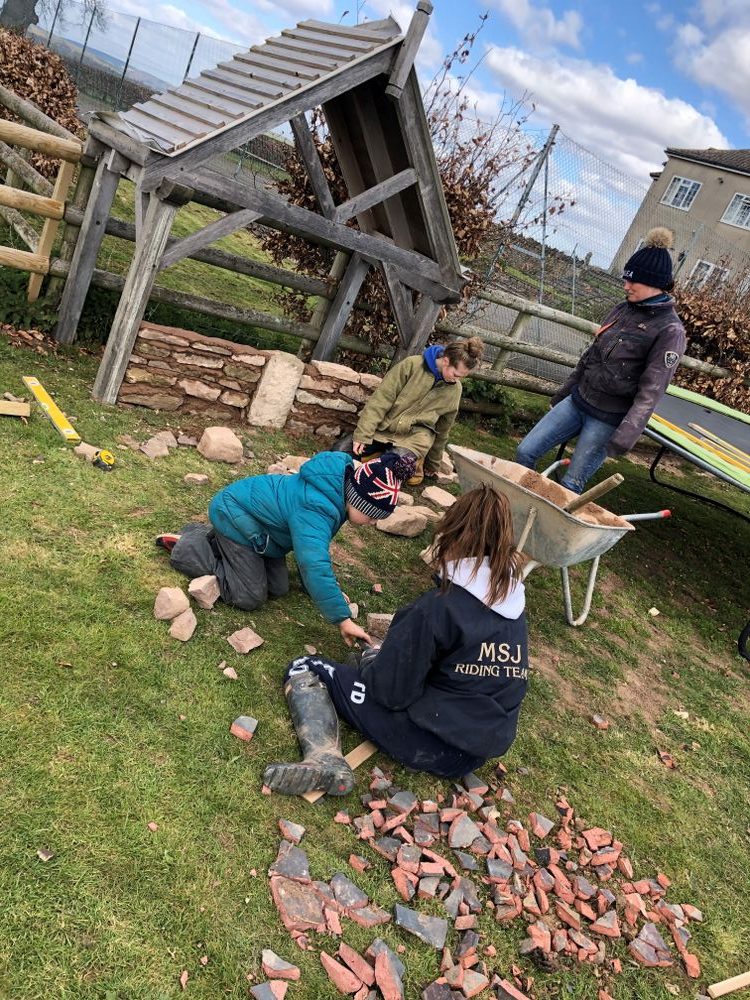